File photograph courtesy of Andrew E. Russell/Flickr Staying calm in an emergency can save your life, as Troop 69 in... 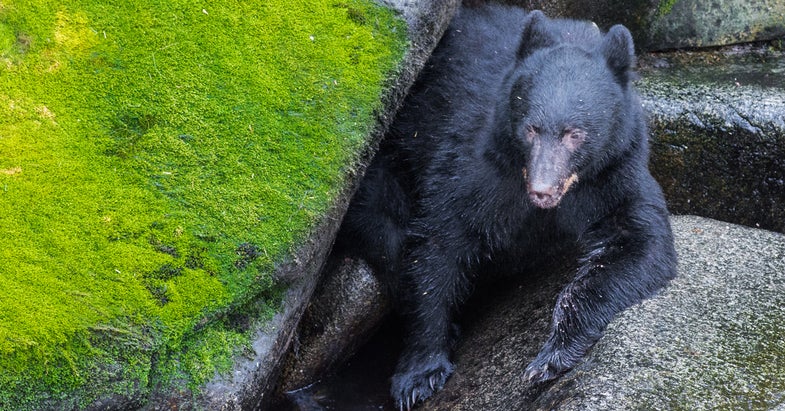 Staying calm in an emergency can save your life, as Troop 69 in northern New Jersey now knows all too well. According to the Associated Press, on Sunday troop leader Christopher Petronino was leading three boys—one of them his son—into a cave for exploration at Splitrock Reservoir when a bear grabbed and dragged him inside.

“Petronino struck the bear twice in the head with a rock hammer,” says Bob Considine, New Jersey Department of Environmental Protection spokesman. “He then pulled his sweatshirt over his head and curled into the fetal position. He yelled to the scouts, who were outside the cave, to leave and go get help.”

The boys, ages 12 to 13, stayed calm and called for help on a cellphone from outside. But they couldn’t provide dispatchers with their exact location, which slowed rescuers response time. The boys then started a fire and placed food outside of the cave to lure the bear out. When it eventually emerged, a dog with the troop started barking, which sent the bear running up a nearby hill.

CBS reports that the bear sat on Petronino for more than an hour while he played dead. Authorities suspect that the bear was defending the cave as its choice for winter hibernation, so they are not trying to capture it. Petronino was flown out of the woods and treated. He has several cuts on his head, shoulders, and legs, but none of his injuries are life threatening.