Last week, two visitors to Yellowstone National Park were cited for placing a newborn bison calf in their vehicle and... 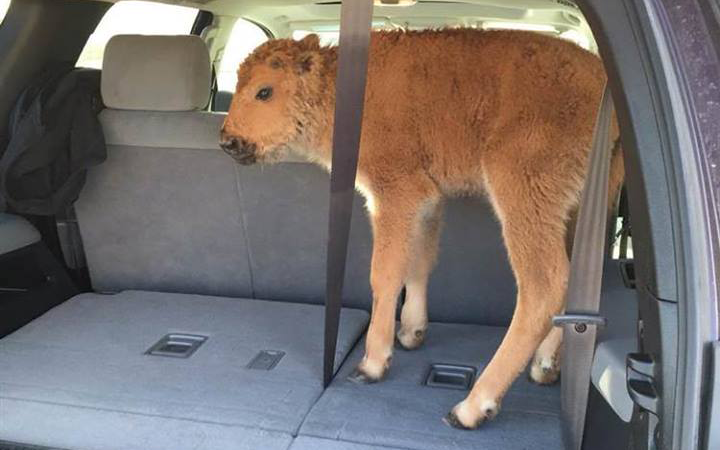 Last week, two visitors to Yellowstone National Park were cited for placing a newborn bison calf in their vehicle and then driving it to a park facility, mistakenly believing that it was in peril of freezing. Today, the National Park Service announced that the vistors’ misplaced concerns have resulted in the bison having to be euthanized, since its herd would no longer accept it, and because it was putting park visitors at risk.

East Idaho News reports that Karen Richardson, an Idaho mother chaperoning a fifth-grade field trip to the park, was dumbfounded when an SUV pulled up to the park’s Lamar Buffalo Ranch with the calf in the back. “They were demanding to speak with a ranger,” Richardson told reporters. “They were seriously worried that the calf was freezing and dying.”

Even when field-trip chaperones told the pair that they would get in trouble for transporting the bison, they didn’t waiver. “They sincerely thought they were doing a service and helping that calf by trying to save it from the cold,” Rob Heusevelet, another chaperone, told East Idaho News.

Park rangers issued the pair a ticket then followed them back to where they had picked up the calf, then they released it. But according to a press release issued today, repeated attempts to reintroduce the calf to its herd were ultimately unsuccessful. In the release, officials stressed the importance of leaving the park’s wildlife alone, as not doing so can threaten the safety of people and animals.

The park’s website notes that it is illegal to be within 25 yards of bison in the park.