Last month, a blind teenager killed a 300-pound black bear in Washington after 13 hours of sitting in a ground... 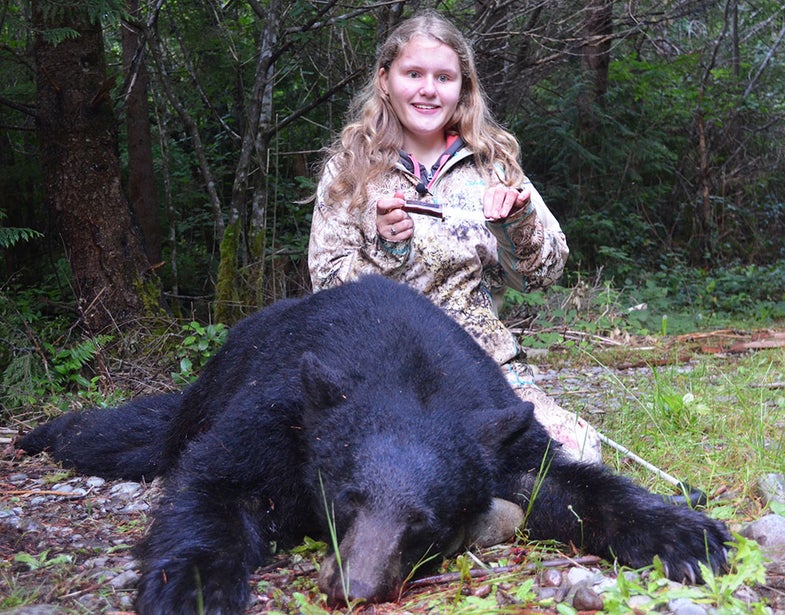 Last month, a blind teenager killed a 300-pound black bear in Washington after 13 hours of sitting in a ground blind. According to The Seattle Times, 14-year-old Maegan Weiler held her rifle on a tripod while a guide directed her with footage from a camera mounted through the scope to help her make the 85-yard shot.

Thanks to Youth Outdoors Unlimited, a non-profit that takes children with disabilities or life-threatening diseases hunting and fishing, Weiler was able to hunt on her own for the first time in her life. “It was kind of like a video game, and they told me right or left, but I got to aim and everything,” Weiler said to the Times. “It was awesome.”

Before hunts with Youth Outdoors Unlimited, kids are outfitted with gear, and after, they receive a parting gift, says Cindy Carpenter, who founded the organization with her husband in 2011. Weiler received a knife engraved with her name in Braille, and all the meat from the hunt was processed and provided to the family. The program provides donated taxidermy services as well, and Weiler chose to have her bear made into a rug.

Maegan’s father, Matt Weiler, joined her on the three-day hunt. “We’ve always hunted as a family,” he told the Times, “but…in the past…her grandfather or I held the rifle, and she pulled the trigger. But this she did holding it herself. It really helped her boost her confidence and show her she can do stuff by herself.”

Carpenter echoed the sentiments, adding that the program’s goal is to help disabled children learn the skills necessary to head outdoors after their trip. “We try to specialize in adapting situations to accommodate kids with different medical conditions,” Carpenter said. “And mostly what we’ve seen with kids with disabilities is that they are able to continue to hunt with what they learn from us.”

Weiler said the trip inspired her to help others learn to hunt, despite disabilities. “I’m glad I got the bear and everything, but even if I hadn’t it would have been an awesome trip,” she said. “Now I want to help as many disabled kids as I can get out too.”