Photo by Central Alabama Crime Stoppers As we all know, trail cameras aren’t just for deer anymore. You would think... 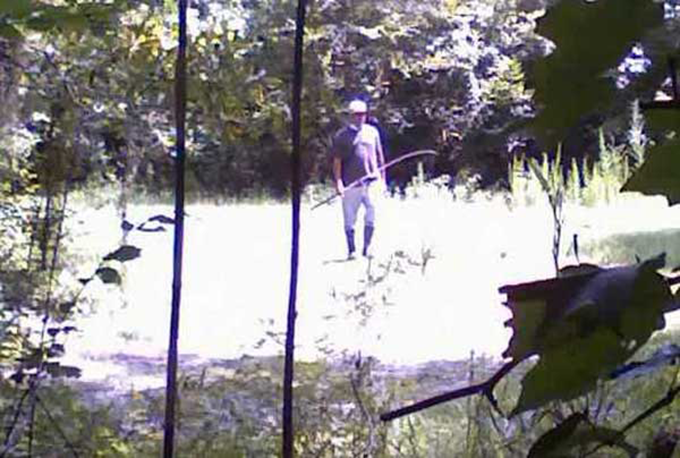 As we all know, trail cameras aren’t just for deer anymore. You would think criminals might figure out that the chances are good that the owner of a hunting cabin might just have trail cameras set around his property. From this WSFA 12 News story, the owner of a hunting cabin near Raner, Alabama caught pictures of two men trespassing on his property. They are suspected of stealing an ATV, a trailer, power tools and fishing tackle. The man in the picture is holding something that looks suspiciously like a fishing rod. The owner put up the cameras after his cabin was robbed previously.

The Montgomery County Sheriff’s office is asking for the public to help identify and locate the suspects.