California Fish and Wildlife officers were able to revive a huge white sturgeon in the Sacramento River after seizing it... 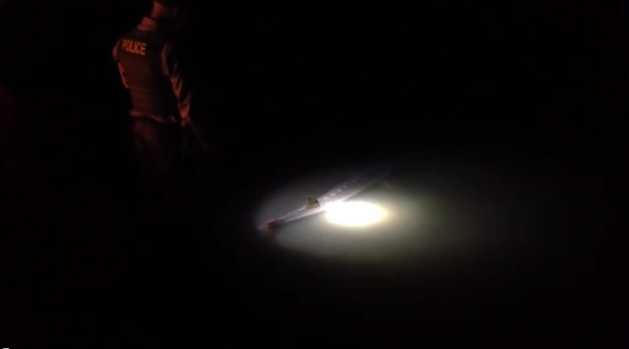 California Fish and Wildlife officers were able to revive a huge white sturgeon in the Sacramento River after seizing it from a suspect’s truck during a traffic stop. Officers watched as a man hooked a large fish, landed it, put it in his pickup and left the scene. The officers called in backup and stopped the pickup where they found an oversized white sturgeon in the bed. The fish measured 66 inches, putting it outside the 40-60 inch slot limit.

After measuring and photographing the fish, the officers took it back to the river. Holding it by the tail, they moved it back and forth in the water for 20 minutes until the sturgeon was able to swim away. Nearby anglers took a video as wildlife officials worked to revive the poached sturgeon.The poacher was cited for keeping an oversize fish and failing to tag it. Anglers must not only obey the slot limit, they are only allowed to tag three white sturgeon per year.

Photo by California Department of Fish and Wildlife