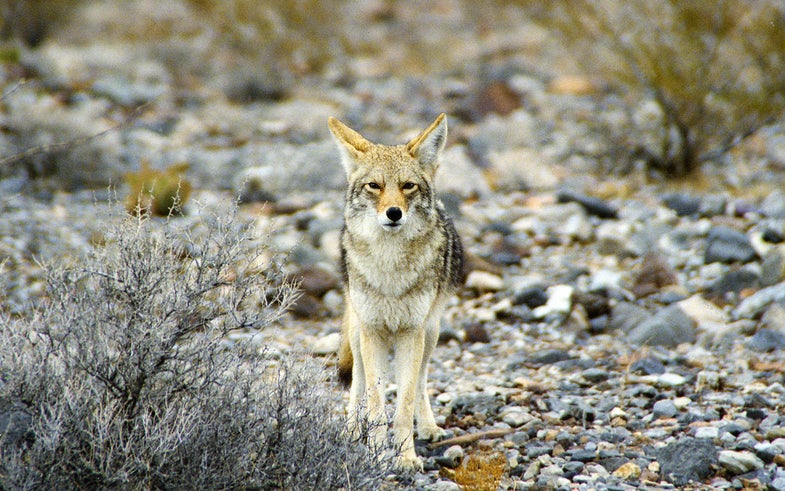 Yesterday, California became the first state to officially ban coyote hunting contests. Project Coyote, an animal rights group, called on the California Fish and Game Commission to end coyote hunting competitions that award prizes, on the grounds that they are detrimental to the predator population and do not reflect good sportsmanship.

The ban was approved with a 4-1 vote. The Commission will still allow hunters and ranchers to shoot as many of the predators as they wish year round to maintain livestock management, according to OutdoorHub.

“Awarding prizes for wildlife killing contests is both unethical and inconsistent with our modern understand[ing] of natural systems,” said Michael Sutton, president of the Commission, in a SFGate story.

Buck Parks, the president of the Pit River Rod and Gun Club, said his group plans to cancel their contest and comply with the ruling, but that they’ve always been motivated by more than prizes. “We’re focused on trying to encourage folks to get out and help manage these predators by hunting them,” said Parks.

According to U.S. Department of Agriculture data quoted by the Associated Press, California cattle ranchers lost more than $4 million in 2010 to predators—coyotes were involved in the largest number of attacks. In California, coyotes can be hunted all year long and there is currently no bag limit on how many can be harvested. Night hunting is also legal in many parts of the state.