State and federal wildlife officials are installing giant water coolers at a number of California’s fish hatcheries, where drought conditions... 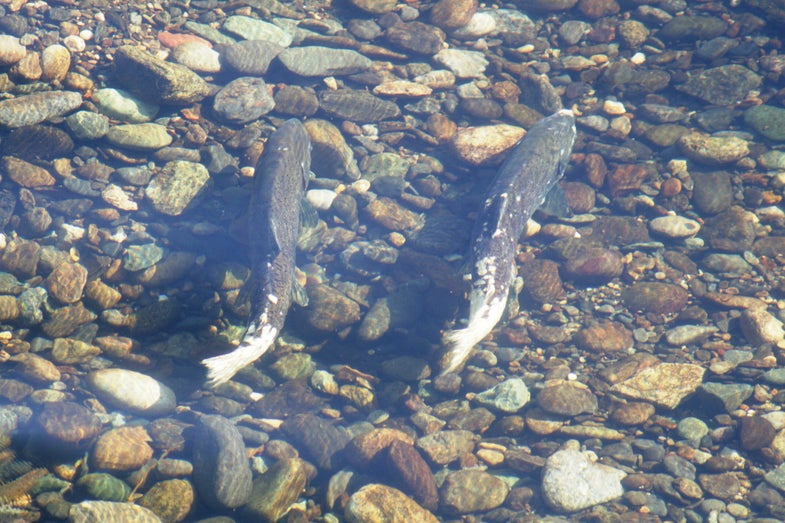 State and federal wildlife officials are installing giant water coolers at a number of California’s fish hatcheries, where drought conditions and rising water temperatures are threatening salmon and other species. The $1-million project is being paid for with drought emergency funds.

According to The Sacramento Bee, the U.S. Fish and Wildlife Service installed one chilling system at the Livingston Stone National Fish Hatchery near northern California’s Shasta Dam when water temps hit the mid-60s. That’s too warm to ensure the survival of half a million winter-run salmon meant for area streams.

At the American River Hatchery, they’ll attempt to bring temps down to 56 or 57 degrees to incubate fall-run Chinooks. CBS San Francisco reports the chillers have never been needed at the Sacramento-area facility before because they’ve been able to pull cooler water from the bottom of nearby Folsom Lake. Water levels there are too low, and water temperatures too high, this year.

Wildlife officials are also rescuing fish from dried-up stretches of their home streams and holding them in smaller chilled tanks. The Bee reports that even more intervention may be arranged in the spawning season—such as removing eggs from streams, holding them in hatchery waters, and releasing them only when waters have cooled. Most of the state remains in the most severe category of drought, and these high temperatures are predicted to continue as late as November. Unusual measures are being taken to ensure not only fish survival, but also the upkeep of California’s $1.4 billion commercial and recreational fishing industry.