Photo by NASA While half a dozen wildfires blaze across the drought-parched state of California, the gigantic King fire has... 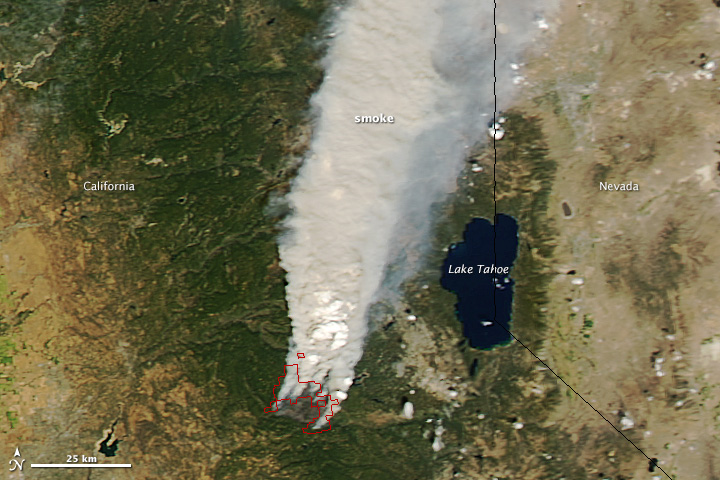 While half a dozen wildfires blaze across the drought-parched state of California, the gigantic King fire has now grown to 87,500 acres, or about 136 square miles, and continues to ravage the Eldorado National Forest, the Washington Post reports.

Police arrested Wayne Allen Huntsman, who is suspected of arson in connection with the fire, on Wednesday—the same day that Governor Jerry Brown declared a state of emergency in the county. Huntsman’s bail is set at $10 million.

The blaze began on September 13 east of Sacramento and tripled in size over the course of a single 24-hour period last week. Thousands of people have been evacuated from the area where residences and other structures have already been destroyed. Of the 6,500 firefighters deployed to battle six major wildfires, most of them are fighting the King fire, which is currently only 18 percent contained. On Saturday, Cal Fire successfully contained the Boles fire, which started September 15 and burned 500 acres in the northernmost part of the state.