As CBC News reports, a man who took a ride on a moose in British Columbia last summer is now... 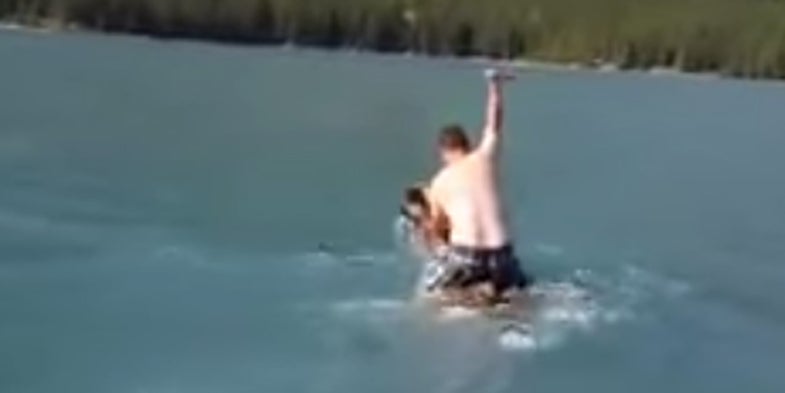 As CBC News reports, a man who took a ride on a moose in British Columbia last summer is now under investigation for animal harassment. In the video (included below), the man jumps from a boat onto the back of a cow moose as it wades a lake. He stays on the moose for 15 to 20 seconds before falling off, as his friends laugh and film the ride.

The video was recently posted to Youtube, where it caught the attention of a group called Wolftracker, who forwarded the clip to British Columbia’s Conservation Officer Service. The service then opened an investigation for animal harassment.

“You can see that the moose is struggling with that fellow on her back,” officer David Vince told CBC News. “You can see the fright in her eyes.”