Cause Unknown in Deaths of 18 Endangered Whales

File photograph courtesy of Christopher Michel/Flickr Nearly a month after 18 endangered whales were found dead in the water near... 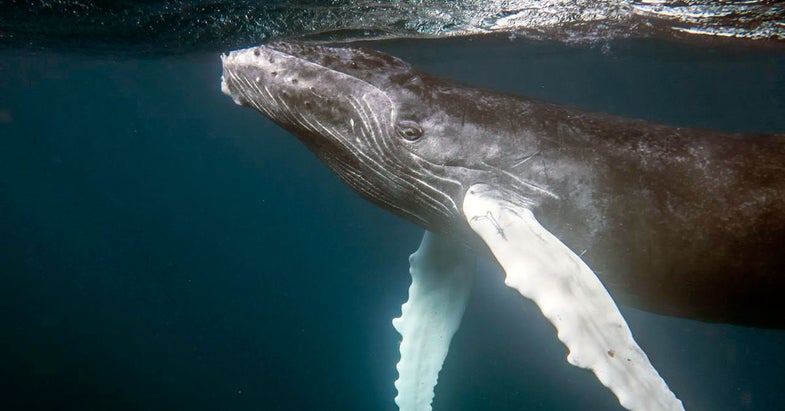 Nearly a month after 18 endangered whales were found dead in the water near Kodiak Island, Alaska, researchers still don’t know what killed the animals. The Associated Press reports that the carcasses of the 10 fin whales and the eight humpback whales were first discovered between Memorial Day and sometime in early June. However, the whales were found at least a week after they died, so researchers investigating the incident fear the samples they’ve taken may be unreliable.

However, researchers speculate that the whales, which commonly feed closely together, might have eaten something toxic. Likewise, they are examining the whales’ muscle tissue for signs of radiation exposure from the 2011 Fukushima nuclear disaster, or sonar and seismic exploration.