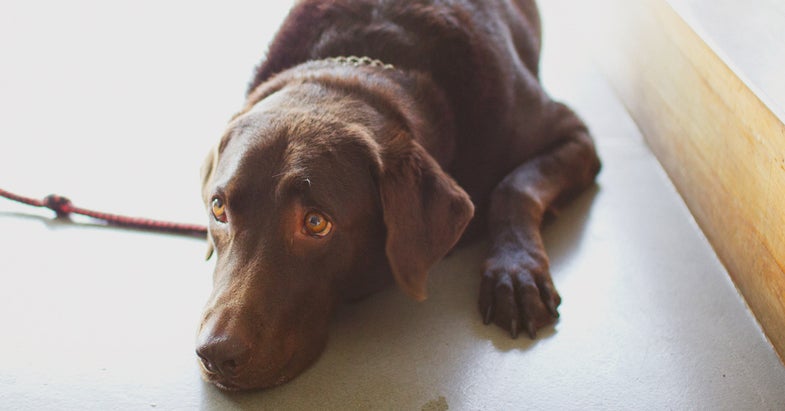 Last week, while hunting in northern Indiana, a young woman suffered gunshot wounds to the foot—fired by her appropriately named chocolate Lab, Trigger.

While duck hunting in the Tri-County Fish and Wildlife Area on Oct. 24, Allie Carter, 25, placed her 12-gauge shotgun on the ground near her feet without first engaging the safety, according to the Indiana Department of Natural Resources. As she changed positions, Trigger stepped on, well, the trigger, causing the gun to discharge and blast Carter in the foot.

Carter, who had yet to complete a hunter safety course, was then treated at two hospitals and released, according to the Associated Press.

The IDNR issued a release in light of the event, stating: “The public should be mindful that accidents like this happen when you toe the line with safety. Always point the muzzle of a firearm in a safe direction and use the safety mechanism.”

A quick Google search proves this is far from the first time a dog has shot its owner.