Photography via CWD Alliance and Wyoming Game and Fish Department There’s a problem in Holmes County, Ohio, and the state’s... 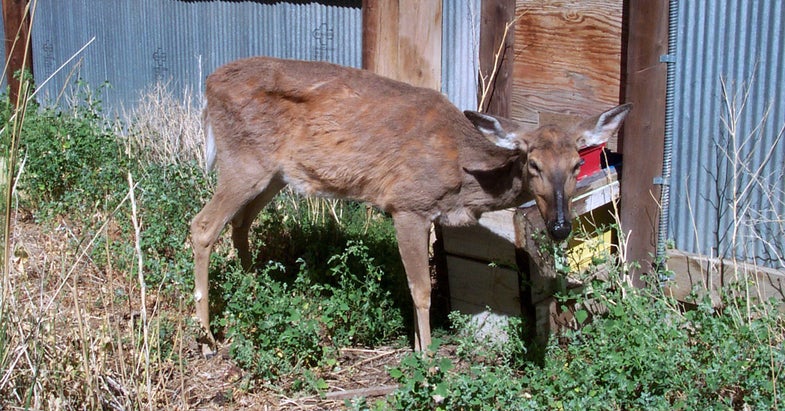 Photography via CWD Alliance and Wyoming Game and Fish Department

There’s a problem in Holmes County, Ohio, and the state’s Division of Wildlife (ODW) is going door-to-door to solve it: Nineteen confirmed cases of Chronic Wasting Disease (CWD) can be traced to a single location in the area, World Class Whitetails of Ohio, a deer hunting preserve-and-breeding facility, which officials first quarantined last fall. Because of CWD’s severity, wildlife officials are now covering ground on foot, hoping to harvest and sample whitetails within a three-mile radius of the preserve to see how far the disease has spread.

According to The Daily Record, last October World Class Whitetails owner Daniel Yoder disobeyed orders from the Ohio Department of Agriculture—which oversees deer farming—to isolate his deer, as the fatal disease, the state’s first case of which in either wild or farm-raised deer, seems to have originated at the facility. So far this summer, 500 deer have been euthanized and tested for CWD at Yoder’s facility to contain the disease.

“We’ve drawn a three-mile circle around the breeding pen and divided it up into 1-, 2-, and 3-mile zones,” said Dennis Solon, an ODW manager for the Killbuck Marsh Wildlife Area. “We’ve contacted all the landowners who have a decent amount of land within those zones, and asked them if we can sample wild deer from their property.”

The deer harvest is voluntary, but if landowners consent, they can specify the sex of the deer taken. Officials hope to obtain one or two deer from each parcel before October 1 for testing. “We don’t want to look back and say, ‘what could we have done?'” Solon said. “We’re trying to do what’s best for the deer population and the people of Ohio.”