CNN: Humans Could Cause Next Mass Extinction

Photo courtesy of Guido da _Rozze_/Flickr Last week CNN published an article that claims Earth is on the cusp of... 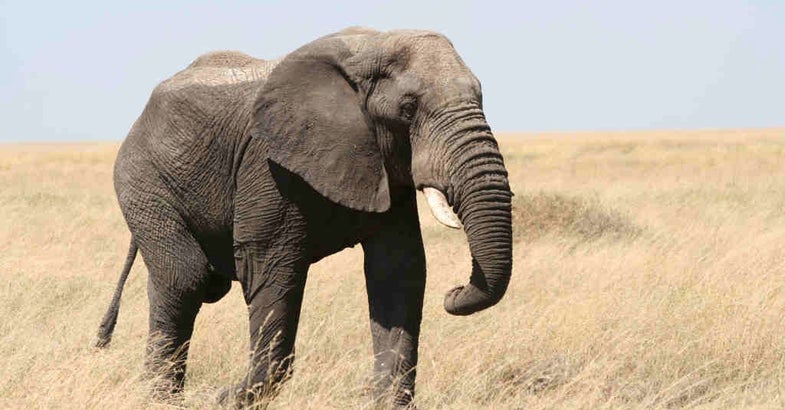 Last week CNN published an article that claims Earth is on the cusp of another mass extinction, similar to the one scientists say wiped out the dinosaurs 65 million years ago. However, according to the article, unlike the Jurassic die-off and the four extinctions before it—all of which scholars attribute to natural disasters—a single species is to blame for this forthcoming extinction: humans. The piece notes that, because of habitat destruction, poaching, pollution, and overpopulation by people, animal species are vanishing 1,000 to 10,000 times faster than they would otherwise.

CNN writer Angad Singh points to a study by Science Advances that concludes 617 vertebrate species have gone extinct or possibly extinct since 1900. At this rate, Singh speculates that 75 percent of the world’s animal species could disappear within two generations, the effects of which could have dire consequences for the planet.

“People think nothing bad will come from species loss, because scientists can’t predict exactly how many need to go extinct before the world collapses,” Gerardo Ceballos, an ecological researcher at the National Autonomous University of Mexico, tells CNN. “The problem is that our environment is like a brick wall. It will hold if you pull individual bricks, but eventually it takes just one to make it suddenly fall apart.”

Unfortunately, Singh gives no credence to hunting as a viable mean for funding wildlife restoration, though sportsmen generate 60 to 90 percent of the money used for wildlife conservation in the U.S., as the Boone and Crockett Club and the Wildlife Society note. Likewise, to combat species loss, Signh doesn’t mention the proven wildlife-management principles of the North American Model of Conservation, which stresses accessible public land, science-based game limits, and resource stewardship. Since adopted in the U.S., the model has helped the American bison, white-tailed deer, and wild turkey, among other species, recover. In particular, the Nature Conservancy calls the resurgence of wild turkey one of greatest conservation successes of all time. I can’t help but think that these hunting and conservation practices, if adopted worldwide, might help other species enjoy similar rebounds.