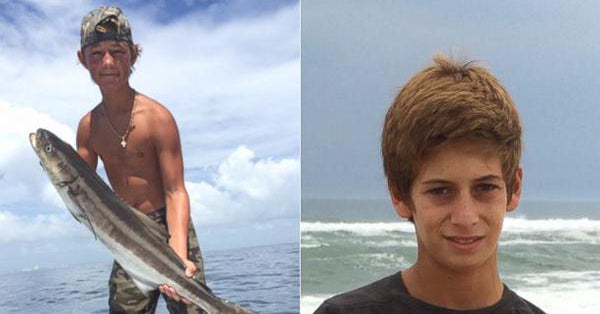 The Coast Guard has expanded its search for two Florida boys that went missing at sea last Friday, extending the efforts to comprises more than 400 miles, from Jupiter, Fla., to Charleston, S.C, as CNN notes.

ABC News reports that Austin Stephanos and Perry Cohen, both 14, were last seen at 1:30 P.M. on July 24, when they stopped at a Jupiter, Fla., marina to fuel their 19-foot boat. The young men then left the marina for a fishing trip and headed into an approaching storm, though Cohen’s stepfather, Nick Korniloff, said the boys were supposed to stay on the Loxahatchee River and the Intracoastal Waterway during their outing, according to The Associated Press.

The boys were reported missing to the Coast Guard at 5:00 P.M. that same day, and on Sunday their overturned boat was found 180 miles north of Jupiter, near Daytona Beach. The search continues for the boys, but with each passing day, the odds of a safe rescue diminish; however, Coast Guard Captain Mark Fedor says that, since the water is fairly warm, the boys could survive for four to five days at sea.

The boys’ families and those who know them describe them each as avid anglers and competent boaters. “Austin is very comfortable in the water, no qualms at all,” his aunt Norieta Stephanos told The Palm Beach Post. “That’s his niche, he’s a fisherman and a captain all the way.”

Former New York Jets quarterback Joe Namath, a neighbor of the families, is helping to raise money for the rescue efforts. “Austin’s been sharp and on the water a good while,” he told ABC News. “Perry is just as sharp as can be.”

Austin’s mother, Carly Black, added, “Austin, this is his fourth boat. He’s been around boats since before he could walk.”