CC image from Flickr The deer population in Colorado continues to decline, causing concern for hunters and conservationists alike. The... 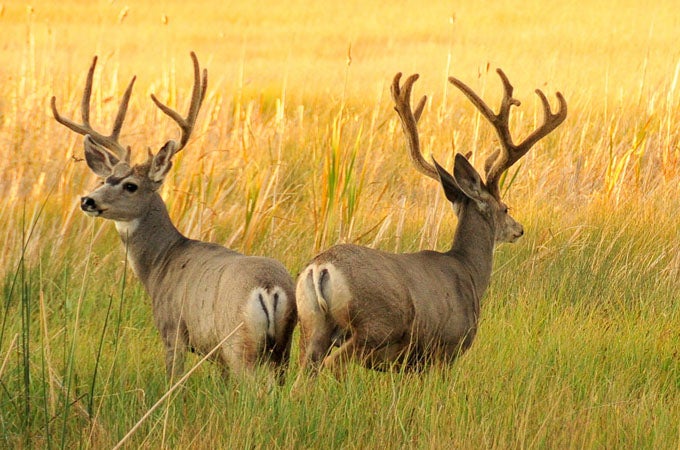 The deer population in Colorado continues to decline, causing concern for hunters and conservationists alike.

The mule deer herd of northwestern Colorado, the largest in the country, has decreased in size from 105,900 in 2005 to 32,000 last year, according to the Denver Post.

Biologists say the health of a mule deer herd is important because they are an indicator species.

“If mule deer herds are in poor health, it probably means the land itself is in poor condition and that a lot of other species are at risk,” said Kate Zimmerman, the public lands policy director for National Wildlife Federation.

Data from the Colorado Parks and Wildlife show that deer have decreased by 36 percent statewide and 10 percent throughout the West. Biologists say the reasons for the decline include harsh winters, droughts, residential development in the mountains, Chronic Wasting Disease, coyote and mountain lion predation, vehicle collisions, and energy development. In response, Colorado is offering 50,000 less deer hunting licenses than it did in 2007. “We’ve had a significant decline that is not satisfactory to us and to the public,” said Chad Bishop, CPW assistant director for wildlife natural resources. “We’re going to work collaboratively with all of our constituents to increase mule deer numbers as best as we can. … If our deer continue to decline, it will hurt us financially.”