Seven small dams in the upper Connecticut River basin will be demolished to open up 140 miles of spawning ground... 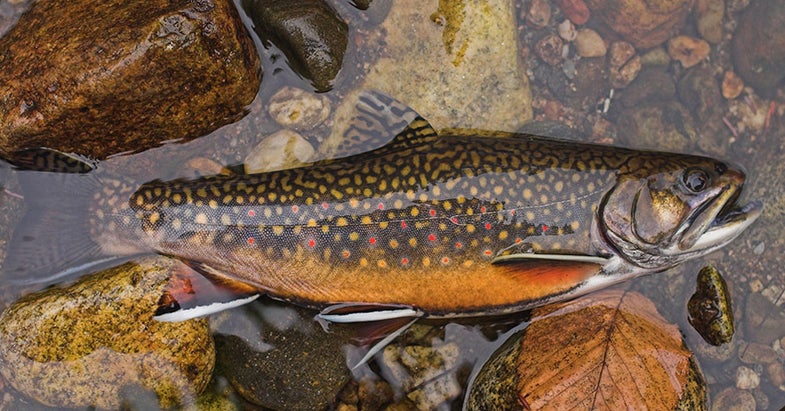 Seven small dams in the upper Connecticut River basin will be demolished to open up 140 miles of spawning ground for eastern brook trout in Vermont and New Hampshire. According to Masslive.com, the Connecticut River Watershed Council, which will manage the project, was awarded a grant just shy of $200,000 from the National Fish and Wildlife Foundation, working in partnership with Eversource Energy.

Though the eastern brook trout was once a wide-ranging species, its numbers have plummeted, particularly among its wild populations. According to the Eastern Brook Trout Joint Venture, wild brook trout have either greatly diminished or disappeared in nearly half of their historic range. In fact, intact brook trout populations—meaning the fish is present in virtually the entirety of its historic range—are found in only five percent of subwatersheds.

CRWC executive director Andrew Fisk said dam removal is the most economic method of reviving the Connecticut River basin and its tributaries. In a press release, Fisk wrote, “Our river restoration work in Vermont and New Hampshire has focused on fish passage projects that benefit brook trout and other aquatic species. We believe removing old dams that are no longer serving a useful purpose is the best and most cost-effective way to restore the cold water tributaries of the Connecticut River.”