A scene that had all the makings of an April Fool’s joke—a coyote atop a bar in Queens, New York—wasn’t … Continued 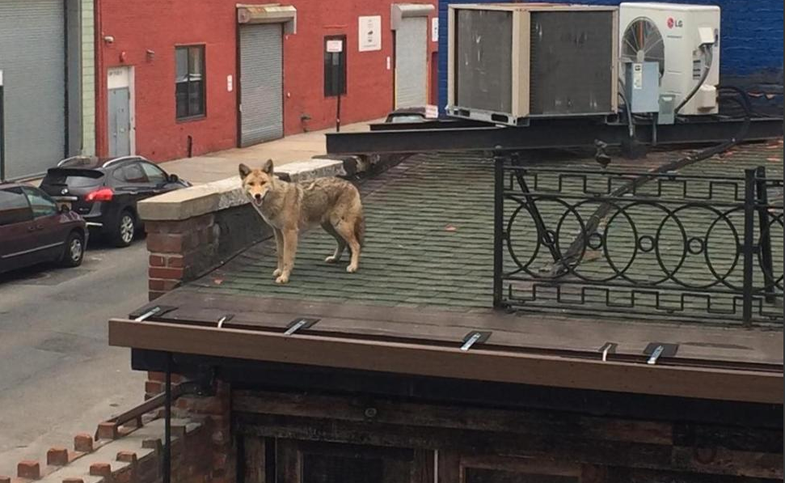 A scene that had all the makings of an April Fool’s joke—a coyote atop a bar in Queens, New York—wasn’t a joke at all.

According to a story from the New York Daily News, tenants in the building next door to the Long Island City bar noticed the coyote early in the morning on March 30th. They initially thought the animal was a stray dog and were able to capture photos and video of the animal from a neighboring window.

When an employee from a nearby veterinary clinic scaled the building to get a closer look, she realized it was in fact a wild coyote, and hastily returned to the ground. Onlookers notified the bar’s owner, Brian Porter, who thought they were joking, but was eventually coerced to see for himself.

“I’ll tell you one thing, he was well-fed,” Porter said. “He wasn’t one of the scrawny coyotes I’ve seen in my time.”

It’s believed the animal was living in a vacant building next door to the bar, though it’s unclear how it ended up on the roof. What is clear is the dog could now be anywhere in the neighborhood. Although police quickly arrived with equipment to snare the coyote, it escaped.

“He escaped two police officers, and he jumped on the roof adjacent to me and then jumped through the window” of the vacant building, Porter said. “He’s still at large.”

If that isn’t enough April’s Fool fodder, a band named Coyote Anderson was scheduled to play at Porter’s bar that same evening. Porter said he booked the gig in advance.