A West Virginia University student is on the cusp of seeing her name in the record books after catching an... 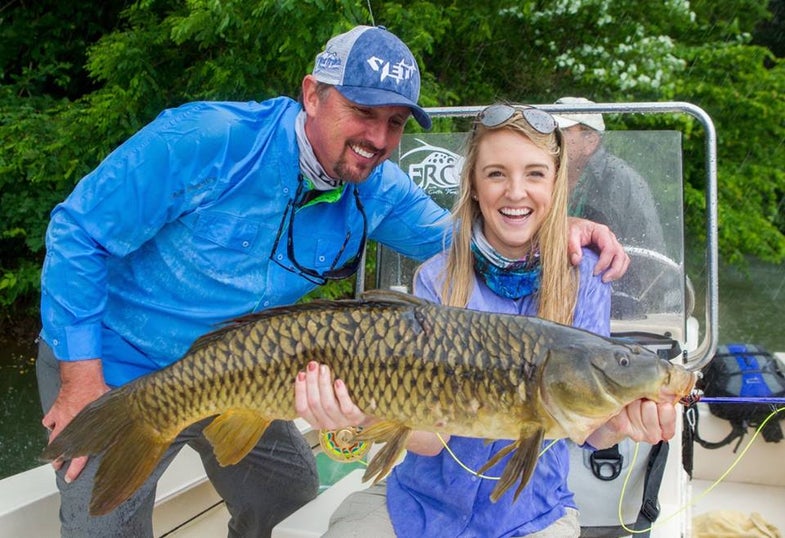 A West Virginia University student is on the cusp of seeing her name in the record books after catching an impressive 14.25-pound common carp on a fly rod earlier this month.

“When I had him on the line, I knew it wasn’t a guarantee that it was going to be a world record, but once I got him in the boat, I could see it was evident this could be a contender,” Fleming told a reporter from the World Fishing Network. “And then my mind kind of went blank. I mean, how do you put into words that you’re about to break a world record?”

Laken will have to wait awhile as the IGFA processes her submission and verifies evidence, such as photos of the fish and a leader sample from her line. She says that catching such a memorable fish will stick out in her mind for a long time after it’s all said and done. “I have fought sharks in the Bahamas and Belize, but I had yet to fight a fish in the U.S. that fought as hard as this carp did,” she said.