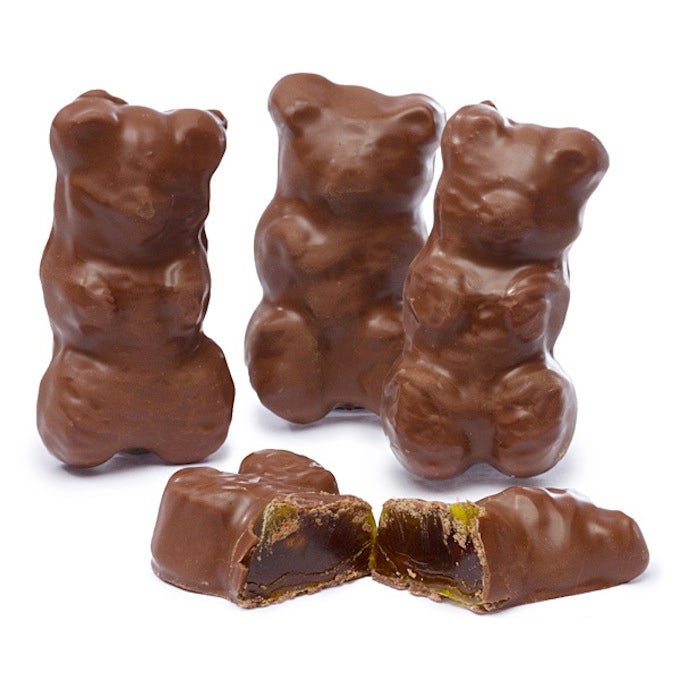 New Hampshire is considering modifications to the state’s bear-baiting regulations to address how much chocolate hunters can use to entice the animals. Fish and Game officials believe a high concentration of an ingredient found in chocolate triggered heart failure in at least four bears last September. According to the Concord Monitor, toxicology and necropsy reports showed that two cubs and two mature females found within 50 feet of an undisclosed bait site had high levels of theobromine, a natural ingredient in chocolate that’s toxic to many species. Their deaths were unintentional and the trapper who set the 90-pound bait pile claims he’s used chocolate for 15 years and never had an issue, until now.

The state Fish and Game Department’s bear project leader, Andrew Timmins, said that the cause of death for these bears is alarming for two reasons—the concentration of bears around the site is unprecedented, and the correlation between chocolate and bear deaths is relatively rare. When it comes to bears, little has been determined as to how much chocolate is too much. The effects of theobromine have been studied in dogs, cats, rodents, and humans.

After a Michigan black bear cub’s death in 2011 and the subsequent demise of a raccoon in Pennsylvania was linked to theobromine and chocolate, hunters and trappers were asked to voluntarily stop using chocolate as bait, though Timmins says that baking, white, or milk chocolate remain popular as attractants, because the candy is inexpensive and readily available. “We view bear baiting as an important management tool. It’s not something we want to go get rid of, but perhaps some modifications need to be made… to eliminate the chances of chocolate poisoning our wildlife,” Timmins said. “The most efficient, effective, and enforceable way to eliminate the chances of any species becoming toxified by chocolate [is] to remove chocolate from the woods.”

At a recent Fish & Game Commission meeting, audience member Dave Nickerson wondered why the necropsy lab didn’t also test for antifreeze poisoning, which he said causes the same effects, but doesn’t show up on toxicology reports. “This is the first time we’ve had four dead bears at one site,” Nickerson said. “It highly suggests that poisoning could have occurred.”

The debate about the types and quantities of bait allowed in New Hampshire comes on the heels of a campaign to end bear baiting in Maine late last year. In that case, despite the efforts of proponents to present the practice as an unethical or antiquated management tool, voters sided with hunters, and biologists stand by the claim that baiting is vital for managing the state’s large bear population.