Photos by Ian Christmann, courtesy of Catalyst Photography Facebook A herd of deer that wandered into an outdoor wedding in... 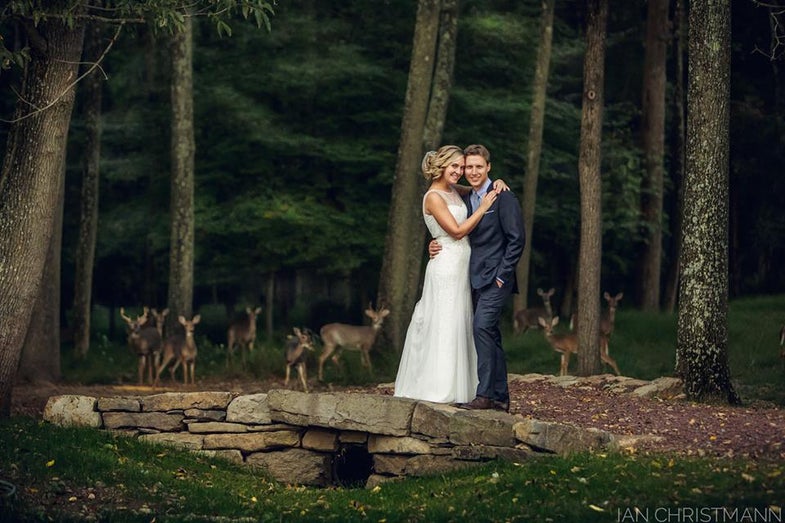 A herd of deer that wandered into an outdoor wedding in Stockton, New Jersey provided the backdrop for a memorable wedding picture.

“During the dinner, we were surprised by a herd of deer that appeared at the edge of the woods,” said photographer Ian Christmann. “The bride and groom graciously let me interrupt their meal to see if we could get a photo or two near the deer. The deer were quite jittery as we approached so I didn’t expect that we would be able to get that close.”

The deer held still long enough for Christmann to get pictures of the deer looking on, Disney-style, at the newlyweds. Christmann posted the pictures on Facebook where they received three million views in 24 hours, according to Fox 8 Cleveland.