Deer Saved After Getting Head Stuck in Plastic Light Globe

Forget analogy, this is the real story of a deer caught in the headlight. Last week, New York State Department... 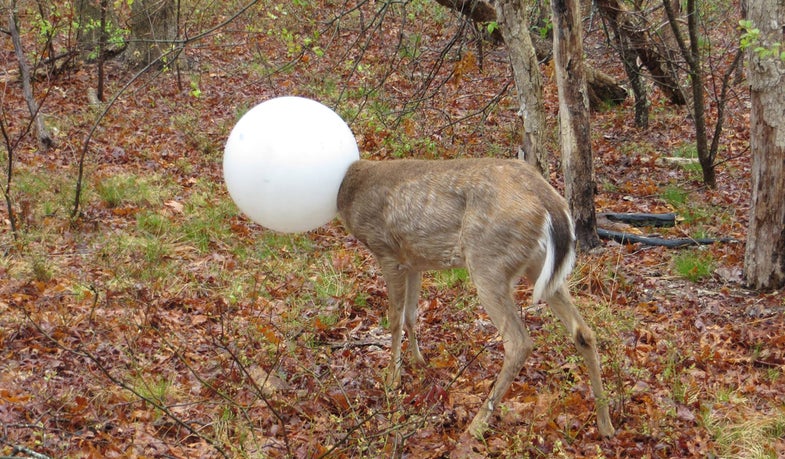 Forget analogy, this is the real story of a deer caught in the headlight.

Last week, New York State Department of Environmental Conservation officer Jeff Hull found a deer with its head stuck in a globe light in the Long Island woods. According to the department’s Facebook page, Hull manhandled the trapped animal but lost his hold on the large white ball, slick with rain. The deer, blinded by the light fixture, ran until it tripped over a tree. Hull then threw his coat over the plastic globe and wrestled the deer until its head wriggled free. The deer ran off leaving Hull with the globe and a few bruises.

“The deer certainly could have died had officer Jeff Hull not pulled the globe off, and the deer ran off into the woods, seemingly unharmed,” NYSDEC spokesman Benning DeLaMater told USA Today.