Exploding populations of deer and wild boar threaten the vineyards of Tuscany, producer of Italy’s famed Chianti grapes. Earlier this... 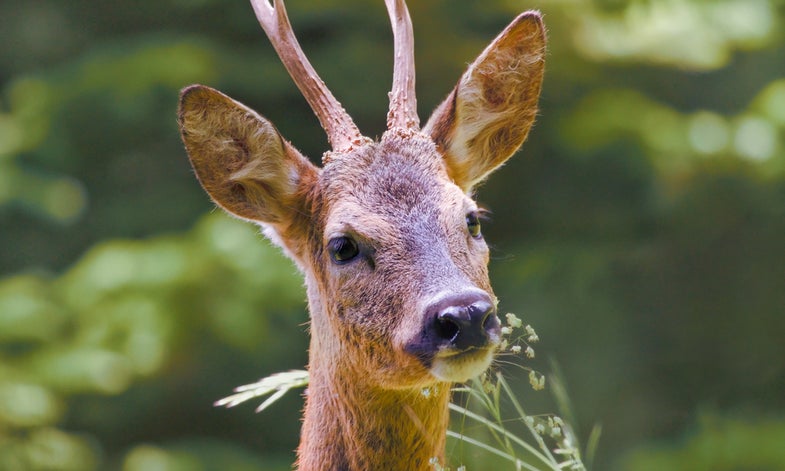 Exploding populations of deer and wild boar threaten the vineyards of Tuscany, producer of Italy’s famed Chianti grapes. Earlier this year, the government put extreme measures to reduce the herds into place, while vintners have crisscrossed the picturesque Tuscan countryside with unsightly tall wire fences. An estimated 400,000 boars, roe, and fallow deer live in the region, where the four largest vineyards estimate that the animals ate enough grapes to make 130,000 bottles of wine last year. The government’s new, ambitious culling program aims to reduce the deer and boars to 150,000 animals.

Vineyard owner Edoardo Ventimiglia, who protects his property with electric fences, told Reuters, “Boars are connoisseurs. They take the grapes when they are ripe, like great sommeliers. The only possible defense is to put up fences, but turning Tuscany into a sort of Guantanamo does not seem the best solution.” Wild boar were imported to Italy in the 50s and the populations have exploded in recent years, in part due to a decline in hunter numbers.

“Our vineyards are rather protected,” Bettino Ricasoli, owner of the Barone Ricasoli estate told the New York Times, “but our fields are prey to wild boars and roe deer[‘s] recurrent incursions and have holes that look like Ho Chi Minh trails. It is not the Chianti we dream of. It was time that the region acted.”

The region did act. Hunting seasons were lengthened this year, and hunting is now permitted in more places, including in some urban areas. Some hunters object to the new law, though, in large part because the expanded hunting seasons require them to hunt selectively rather than to shoot deer over dogs as they’ve done traditionally.

In addition, some blame hunters for contributing to the problem by feeding deer and boar, though hunting groups deny the charge. Marco Cocchi of Federcaccia, a Tuscan hunter’s association says: “First of all, feeding wild animals is prohibited, unless authorized. …We also want to limit this proliferation. And this law is inefficient and provided inadequate means to reduce the number of wild ungulate in Tuscany.”