Does Travel Farther, and More Often, Than Once Thought

A study recently published in the Journal of Wildlife Management offers an interesting insight into the movements of deer. Chiefly,... 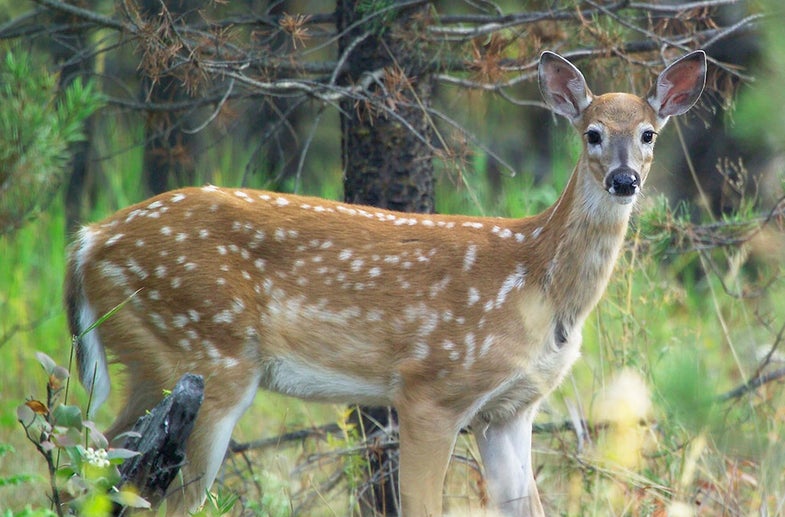 A recent study shows deer dispersal patterns may not be exactly as once thought.. Flickr/GlacierNPS
SHARE

A study recently published in the Journal of Wildlife Management offers an interesting insight into the movements of deer. Chiefly, the Pittsburg Post-Gazette reports, the study shows that female whitetails, when dispersing from family groups, frequently travel twice as far as their male counterparts, following wildly convoluted routes. Though the does disperse at lower rates than males, they may have a greater effect on whitetail populations than once thought. The findings may have a profound impact on controlling the spread of illnesses, such as chronic wasting disease.

The study used GPS radio collars to track 227 juvenile does across four wildlife management units in Pennsylvania. Out of that group, half traveled several miles beyond their home ranges, 27 of which permanently dispersed. The movements occurred over two days in the spring during fawning season, when the deer turned one years old. Though bucks typically travel five to seven miles before settling down, the dispersed does followed no discernable pattern. One traveled 160 miles in 55 days, crossing and re-crossing an interstate, and swimming three major rivers, before it ultimately settled down only 20 miles from its original home.

Though a much smaller percentage of does disperse, Duane Diefenbach, a co-author of the paper, told Post-Gazette that the implications, in terms of spreading disease, are significant. “Containing the spread of chronic wasting disease is going to be difficult,” he said. “Although not as many females disperse—8 to 24 percent of females versus 50 to 75 percent of males—there ends up being more [does] because they live longer and disperse an average of 11 miles compared to five miles for males.”

Diefenbach said a reduction in deer-population densities dissuades doe disbursement. (With fewer deer in an area, fewer does disperse; with more deer, more does disperse.) Thus, in areas with CWD, smaller deer populations would mean fewer infected does would travel elsewhere—which would help curb the disease from spreading. And the most efficient method for reducing deer densities, Diefenbach said, and thus limiting the spread of CWD, is recreational hunting.

Though no evidence suggests that CWD can be spread to humans, its spread is a serious concern among wildlife officials, given its high fatality rate among deer.