Don’t Feed the Bears: Polar Bear Tranquilized and Airlifted After Begging for Food 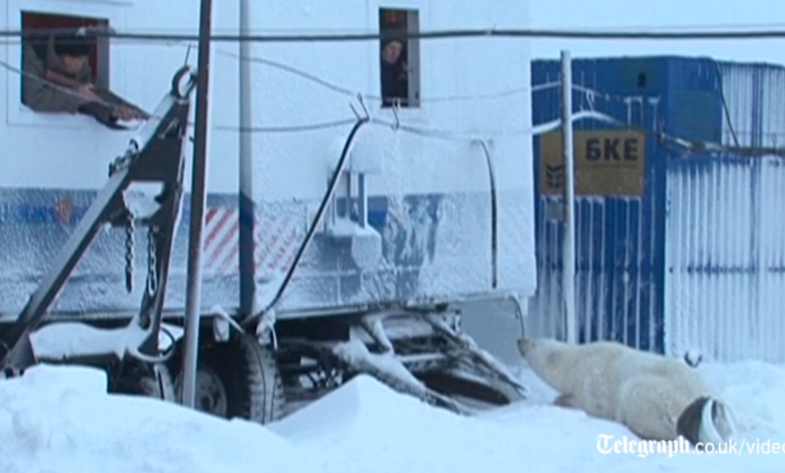 A two-year-old female polar bear was shot with a tranquilizer dart after constantly showing up and looking for food at an oil depot facility in the Russian arctic, according to The Telegraph.

The bear was first fed canned meat and milk and then, of course, returned looking for more. She had been carried away three times previously but kept returning. Polar bears are considered among the most dangerous bears in the world.

Finally, she was airlifted away and will likely end up in a zoo or on another island away from the oil field. Let’s hope the bear doesn’t end up in a zoo because people were foolish enough to feed her the first time.