Dove Hunters Busted for Poaching, Blinds Made of Marijuana

Photograph via ODWC/Facebook As if poaching isn’t asking for enough trouble, three dove hunters, in Oklahoma, are also in hot... 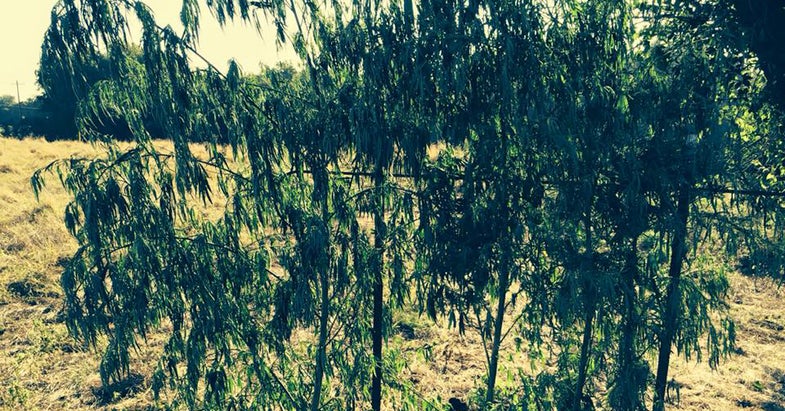 As if poaching isn’t asking for enough trouble, three dove hunters, in Oklahoma, are also in hot water for their blind building material.

Oklahoma’s News 9 reports that the Oklahoma Department of Wildlife Conservation received a tip about dove decoys set in a field two days before the season opener. When game wardens closed in on the scene, they found three men illegally hunting doves—in blinds made of pot plants.

“They’d built their blinds out of stalks of marijuana,” says Frank Hubert, an area game warden. “They didn’t act startled, but they did act like they may have had a concern or two.”

A search of one man’s home uncovered meth and more poached wildlife. One of the hunters was arrested for outstanding warrants, and all three face charges for poaching and the illegal blinds.

Warden Hubert says that he doesn’t know anyone in Oklahoma that’s encountered a similar situation before, and we don’t doubt it.

See photos taken at the scene below.