Keeping your eyes on the road is pretty tough when there’s a high-stakes chase on the shoulder. Hussain Jan of... 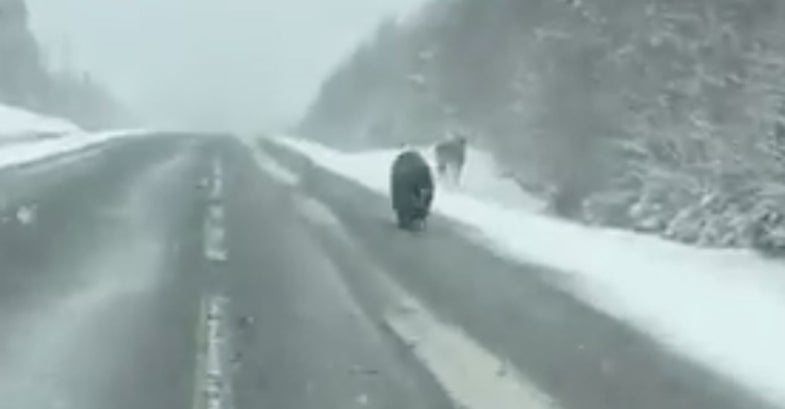 Keeping your eyes on the road is pretty tough when there’s a high-stakes chase on the shoulder.

Hussain Jan of Ange, Sweden, was traveling in a snowstorm when he came upon a wild chase: a bear pursuing two moose. Yes, moose. Swedes call them elk, but watch the video. Those are moose, and that’s a bear gaining on them—at least until Jan’s motor makes its presence known and the bear bails.

“I’ve been out in the woods quite a lot and I’ve never experienced anything like it,” Jan told Sweden’s The Local.

Hans quickly realized his arrival on the scene probably saved the moose, but cost the bear its lunch. “Feel like a hero,” Hans wrote on Instagram according to UPI. “I’ve saved the lives of two moose.”

We’ve seen bears barrel down the highway before. Check out Alex Wypyszinski’s series of bear chasing bison photos in our gallery.