Photograph courtesy of Don McCullough/Flickr Though drones have become increasingly popular, whether for research, recreation, or conservation, their effect on... 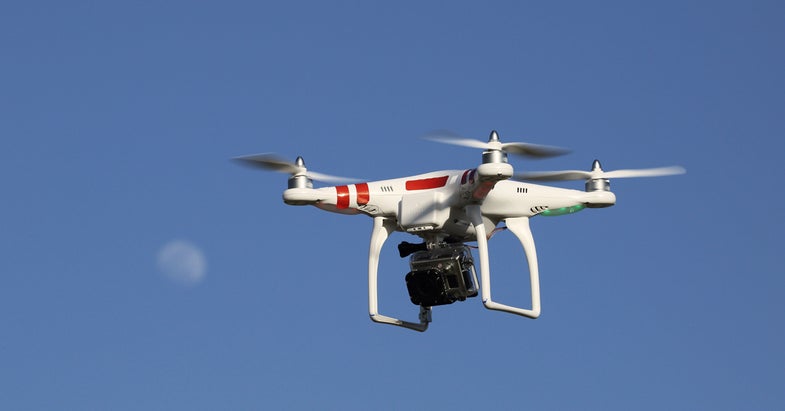 Though drones have become increasingly popular, whether for research, recreation, or conservation, their effect on wildlife has yet to be fully understood. A recent National Geographic article, however, calls attention to one of the first studies measuring the physiological effects of unmanned aerial vehicles on wildlife, which focuses, in particular, on black bears in Minnesota.

Over a series of 17 trials, scientists successfully flew drones as close as 33 feet above a select group of bears. None of the bears fled at the sight of the drones other than two cases of sows with cubs. In fact, the bears didn’t seem to react at all to the drones. However, lead researcher Mark Ditmer, of the University of Minnesota, also chose to take advantage of the GPS locators and heart-rate sensors with which the bears had already been equipped. His team found that, with drones overhead, in nearly every case the bears’ heart rates increased dramatically, in one case skyrocketing from 39 beats per minute to more than 160—a 400-percent leap. (For perspective, passengers on a double-corkscrew roller coaster experienced an average heart rate increase of 120 percent.)

Researchers speculate that these high-stress levels could affect animals’ ability to find food, reproduce, and fight disease, especially if drones become more common in nature. It’s worth noting, though, that the bears’ heart rates returned to normal fairly quickly after encountering the unmanned aircraft.

“We don’t know if bears or other species can habituate to having drones flying over them,” Ditmer says. “Right now, it’s just getting started—but I guarantee you in five to 10 years, it will just be commonplace to be using them for many aspects of research and conservation.”