Two Utah elk hunters finally got their bulls, after several seasons with no luck, only to have their trophies snatched... 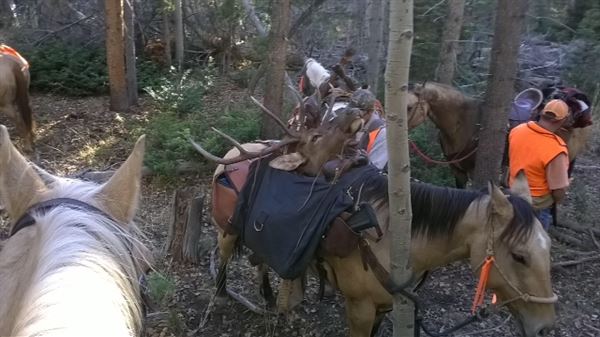 Two Utah elk hunters finally got their bulls, after several seasons with no luck, only to have their trophies snatched by thieves before they could even leave the woods.

One of the hunters, Tracy Jones, told the Standard-Examiner that he and three friends were hunting near the Wyoming border for a week before he and his buddy shot and killed two elk in the span of an hour on October 9—a thrill for the group, who’d briefly considered hunting elsewhere. “We were contemplating not even coming back to the same spot,” Jones said. “My friend [who shot the elk] hadn’t even had a shot in years. After two in an hour, you can imagine we were pretty excited.”

It took the men six hours to pack the elk out of a remote area using horses. But the next day, when one of the men in Jones’ group briefly left the meat to search for some lost equipment, someone swiped their trophies. “The hunters who took our elk didn’t have to take a shot,” Jones said in an email. “They just cut my buddy’s cargo net, loaded his elk into their truck, and drove off.”

The Utah Division of Wildlife Resources is investigating the theft, but unless more promising leads develop, Jones and his friends may have only their photos by which to remember their hard-earned elk.