Photos via Patch.com/New-Hampshire Anglers seldom turn their eyes from the water when fishing—but one is lucky he did this week.... 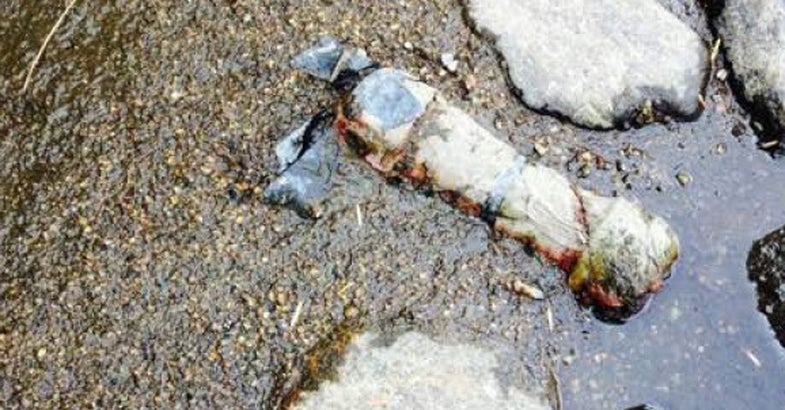 Anglers seldom turn their eyes from the water when fishing—but one is lucky he did this week. On Monday, while fishing the Merrimack River in Concord, a New Hampshire man discovered a pipe bomb on the bank.

As Concord Monitor reports, local firefighters and police officers reported to the scene then called in the state bomb squad. The fuse was still attached to the bomb, but the tape was faded and the steel rusty.

“It wasn’t something dropped there in the past week,” says Tim O’Malley, Concord police department lieutenant.

The bomb squad removed the aging bomb, and an investigation about its origins is ongoing. Police are asking for tips leading to who built the bomb and why it was left on the banks of the river.

Read more on the story here: