Extinct Eastern Cougar To Be Removed From Endangered Species List 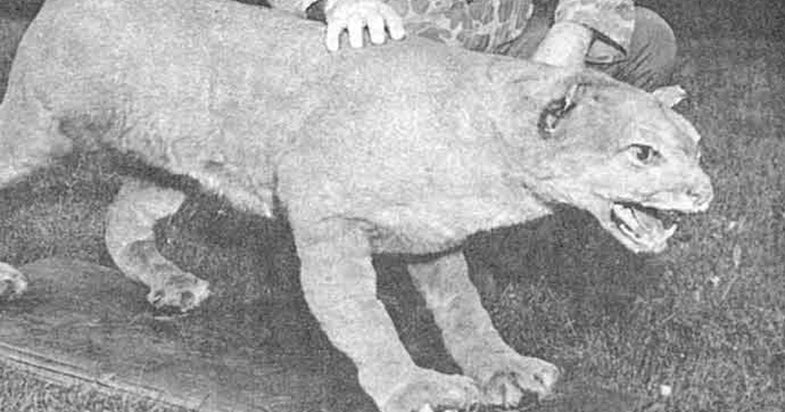 Earlier this month the USFWS proposed removing the eastern cougar from the Endangered Species List, not because the species has recovered, unfortunately, but because the USFWS believes the animal has been extinct for more than 70 years. Although there have been reported sightings of the cougars in the East, the last one confirmed was in 1938, when a Maine trapper caught one of the cats (pictured above). Mark McCollough, of the USFWS, says the eastern cougar is sometimes referred to as the “ghost cat,” a fitting name for a species that has now—officially, anyway—given up the ghost.

The eastern cougar was placed on the Endangered Species List in 1973. In considering its removal from the list this year, USFWS officials reviewed and analyzed hundreds of reports from the eastern U.S. and Canada, and concluded that none of the alleged sightings were, in fact, of eastern cougars.

“We recognize that people have seen cougars in the wild in the eastern U.S.,” says Martin Miller, USFWS’s northeast region chief of endangered species. “Those cougars are not of the eastern cougar subspecies.” Experts believe that western mountain lions or Florida panthers, both of which have expanded their range in recent years, are responsible for these false sightings.

Eastern cougars began their decline in the 19th century as logging increased throughout the East, reducing the number of white-tailed deer, an important prey for the predators. In addition, ranchers shot the cats to protect livestock, which only further diminished their populations.