Conservationists hope to use 3D printers as a weapon to break up turtle egg poaching rings. Poachers steal an estimated... 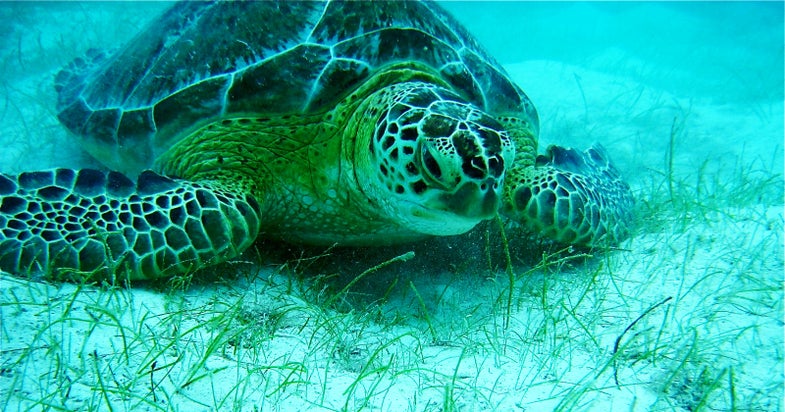 Conservationists hope to use 3D printers as a weapon to break up turtle egg poaching rings. Poachers steal an estimated 95 percent of the eggs laid on Nicaraguan beaches, then sell them locally or to networks that take them as far away as the United States or even China.

According to TakePart, Paso Pacifico, a non-profit group, has developed prototypes of printed sea turtle eggs containing GSM transmitters. The fakes will be hidden among real turtle eggs on Nicaragua’s beaches, home to three species of endangered sea turtles.

The project recently won a prize from the Wildlife Crime Tech Challenge, and Paso Pacifico hopes to use the winnings to perfect the design. The eggs debuted earlier this month at the SXSW festival, in Austin, Texas. The current model looks like a ping-pong ball bearing the Paso Pacifico logo, but designers will work with Hollywood studios to make them more realistic. When turtles begin nesting in July, rangers will plant the fake eggs in nests, where they will likely be poached, and then begin tracking where the eggs are taken. Authorities suspect that the poaches have well-developed networks with many different middle-men along the way, so they hope to uncover entire egg-poaching rings.

Paso Pacifico managing director Eduardo Boné-Morón hopes that the eggs will prove useful anywhere sea turtles nest. “We want to have eggs that are cheap enough that any non-profit or government agency can buy them and plant them on beaches all over the world,” he told TakePart.

Although authorities hope to uncover entire smuggling networks with the new technology, Boné-Morón says that they will also have a deterrent effect: “Eventually the poachers will learn there is something wrong with the beaches. That is totally fine with us. The reason they are poaching right now is because it’s so easy. If they see that we’re watching them, we may be able to discourage them.”