Family Saved After Capsize During Kids’ Fishing Tournament in Florida

A family with three kids under age five were participating in a children’s fishing tournament near Sanibel, Florida, when their... 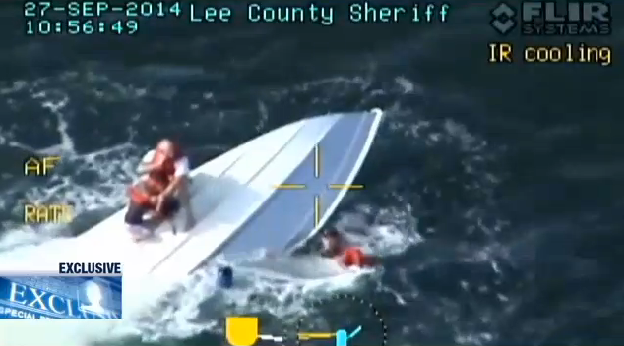 A family with three kids under age five were participating in a children’s fishing tournament near Sanibel, Florida, when their 32-foot boat encountered mechanical trouble and capsized, sending all seven people into the water.

According to NBC affiliate WBBH, the boat started taking on water six miles out from Knapps Point, waves began pushing the craft out into the Gulf, and eventually water overtook the boat at the stern, causing it to roll and capsize. Just before jumping in the water, Carlos Cavenago—who was fishing with his three young nephews, brother-in-law, and three friends—was able to make an emergency call to his wife, who in turn called 911 around 10:15 am. Cavenago then stayed in the water with one of the children and helped the other adults and kids climb on top of the capsized boat to wait for help.

“They had the life preservers on first and foremost and we held on to them for dear life,” said Cavenago, who continued trying to make an outgoing call on a cell phone, despite it being soaked. After 40 minutes of trying, another call to 911 amazingly went though.

“Seeing the Sanibel Rescue boat coming at us was a joyful moment. They are heroes beyond all recognition,” said Cavenago. Rescuers credited life jackets with saving everyone’s life. While Cavenago said he thinks something went wrong with the boat’s pumps, the reason why the boat capsized remains unclear.