Fanged Deer Thought to Be Extinct is Found in Afghanistan

Like a vampire in a movie sequel, Afghanistan’s fanged deer are back from the dead. Scientists believed the Kashmir musk... 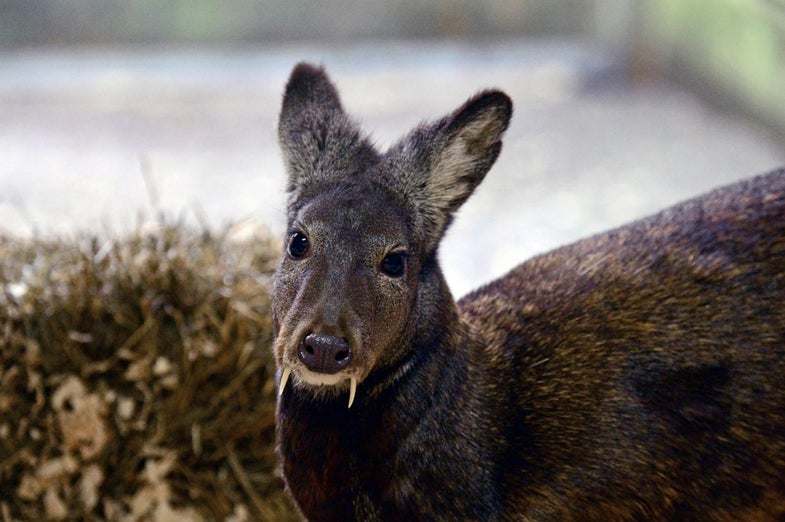 Like a vampire in a movie sequel, Afghanistan’s fanged deer are back from the dead. Scientists believed the Kashmir musk deer was endangered, and possibly extinct, due to habitat loss and poaching, as none had been seen since 1948. Recently, however, an international team led by the Wildlife Conservation Society in New York made five separate sightings of the reclusive deer, reports IFL Science.

Kashmir musk deer bucks, which are about the size of a small dog, fight with their fangs instead of antlers during the rut, and are among several species of fanged deer found in Asia. The bucks are prized for the scent glands near their tails, which have been used in traditional medicine for hundreds of years.

The deer live at altitudes of around 10,000 feet in northeast Afghanistan, where they feed in alpine meadows and coniferous forests. The WCS team estimates there are about 13,000 square kilometers of suitable habitat left to sustain the species, although much of it is fragmented. “Musk deer are one of Afghanistan’s living treasures,” WCS’s Peter Zahler said in a news release. “This rare species, along with better known wildlife such as snow leopards, are the natural heritage of this struggling nation. We hope that conditions will stabilize soon to allow WCS and local partners to better evaluate conservation needs of this species.”