Fargo, North Dakota, is suffering from an infestation of jackrabbits, hundreds of which have chosen to winter amid suburban developments... 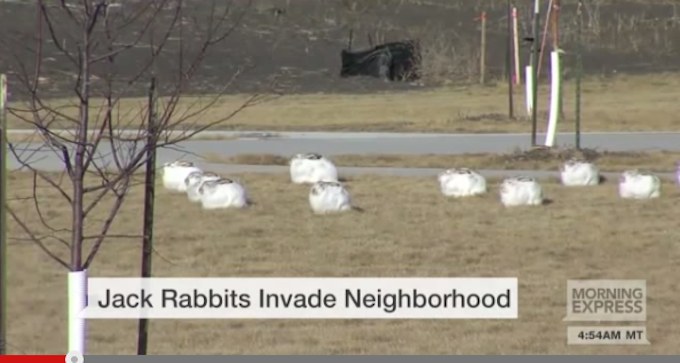 Fargo, North Dakota, is suffering from an infestation of jackrabbits, hundreds of which have chosen to winter amid suburban developments in the small city. “Right away, I thought they were really cute, and now they’re becoming a big nuisance,” said resident Kayla Straabe in a WTHR story. “Every day, I feel like the crazy rabbit lady chasing them out of the yard, where they’re having a heyday.”

The nuisance jackrabbits each weigh about 7 pounds, eat lots of shrubs, and leave lots of droppings. Residents like Straabe are concerned about the health hazards of using poison around the nearby park and have appealed to the city for help. Fargo city officials say they can’t legally kill jackrabbits because they are wild animals.

“We don’t have anything in place to allow us to deal with the rabbits,” says Lt. Joel Vettel of the Fargo Police Department. “What residents can do is start a formal process to get an ordinance, which is usually done at committee meetings.”

Jackrabbits, meanwhile, need no ordinance to reproduce and, in fact, can have up to four litters a year. So, Fargo’s rabbit problem may be about to get worse.