An 8-point buck that died of natural causes became more than just a tough loss for hopeful hunters when Lonestar... 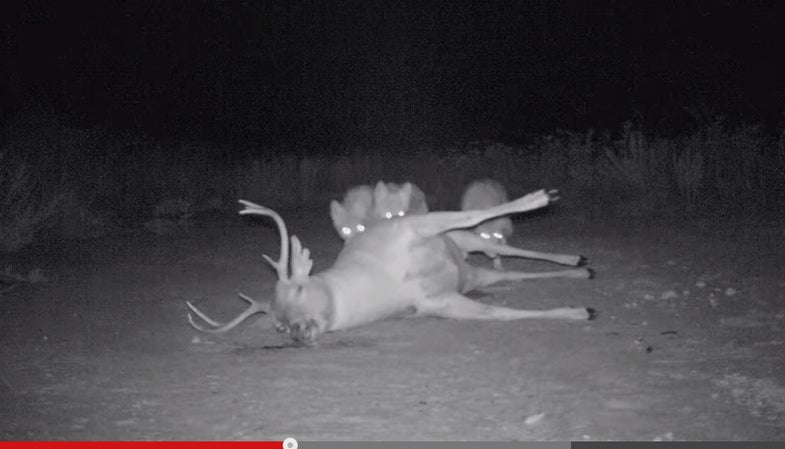 An 8-point buck that died of natural causes became more than just a tough loss for hopeful hunters when Lonestar Outdoor News (LSON) trained a trail camera on the dead buck to learn more about scavenger activity in the area. The resulting 5-minute video, comprising time-lapse images captured over the course of two months, is a fascinating look at what happens after a deer goes down in the wild.

“First, the ravens came as the buck bloated in the heat,” wrote LSON’s Conor Harrison. “Then, at night, the coyotes came—starting at the hind quarters and working their way forward. The hawks followed, and the trail camera pictures gave us a good picture of how many predators were in the area—good information for anyone on a deer lease.”

“It was also interesting that only after the deer was badly decomposed, other bucks began showing up in the pictures,” Harrison adds, referring to a split-second image of two deer at 5:10 of the video. It’s less gruesome than you might think and definitely worth a watch.