File photo courtesy of Pat Williams/Flickr Earlier this month, a brave, quick-thinking father saved his teenage son’s life when he... 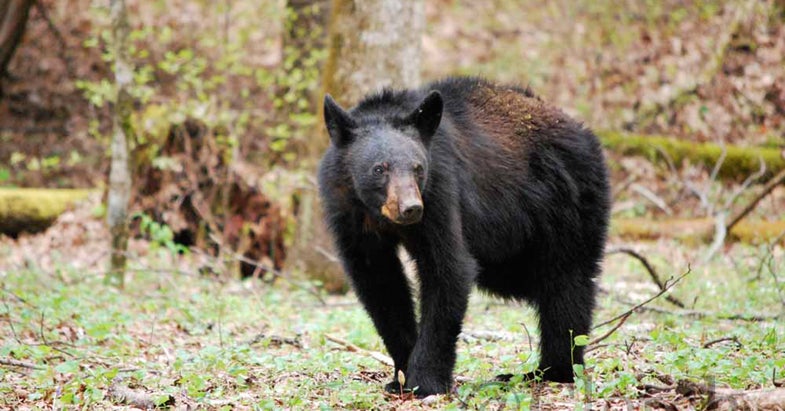 Earlier this month, a brave, quick-thinking father saved his teenage son’s life when he beat away a black bear that attacked the boy as he slept in a hammock.

USA Today reports that Greg Alexander and his 16-year old son, Gabriel, of Athens, Ohio, were in North Carolina on a five-day camping trip, in the Great Smoky Mountains National Park, and approaching the final stretch of their 50-mile hike. Around 10:30 p.m., Gabriel was resting in a hammock around when a black bear pulled him to the ground and began dragging him away.

“I had no idea what it was,” Gabriel told reporters. “I thought maybe it was a wild dog. I just remember my scalp tearing.”

Greg pursued the bear and forced it to release his son. The bear then retreated from the area, but not before its teeth and jaws left deep gashes in Gabriel’s face and scalp.

Authorities say the two men did everything recommended to avoid bear conflicts during their hike, including properly storing their food, so it remains unknown what provoked the bear to attack. Park rangers closed nearby trails as a precaution after the incident and were able to locate and euthanize the bear they believe was responsible.

“We captured and humanely euthanized a male bear at Campsite 84,” park spokesperson Dana Soehn said, referring to where the attack occurred. “Based on our experience and training, the bear exhibited the behavior pattern we expected. It returned directly to the site, within feet of where Alexander’s hammock was strung. Due to the seriousness of the attack, our staff acted swiftly and did not take any changes. Human safety is our number one concern.”

Area trails and campsites in the immediate area will likely remain closed until authorities can confirm with DNA samples that they euthanized the correct bear, as The Asheville Citizen-Times notes.

Gabriel is expected to make a full recovery, though he will require home health care and possibly need plastic surgery.