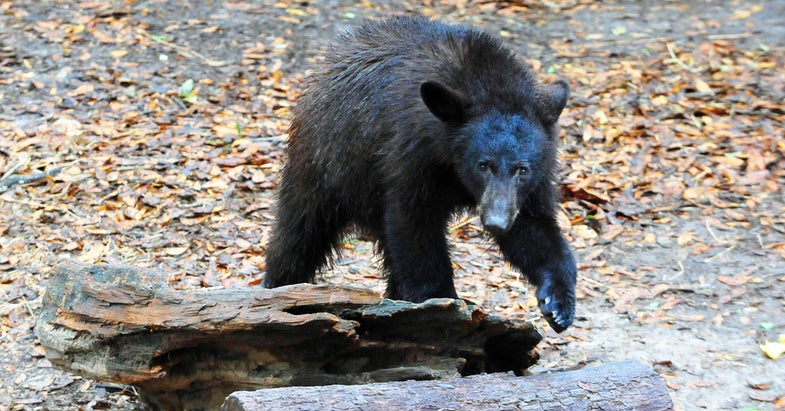 Three years after being delisted as an endangered species, Florida black bears have made a remarkable recovery, with an estimated population of 3,500. But the number of people that has moved to the state over the years has steadily shrunk the bear’s habitat. Newsweek reports that only 18 percent of Florida black bear habitat remains. Not having enough space for the animals has resulted in more human–bear encounters, with more bears getting into garbage, damaging property, and being hit by vehicles in residential areas. The Florida Fish and Wildlife Conservation Commission (FWC)’s solution was to host a bear season this year.

The season opened on October 24, and was halted by officials just two days later, with 3,778 permits issued resulting in 295 dead bears, just shy of the FWC’s goal of 320. “We started this with harvest objectives that were very conservative, and [we were] very mindful that we were doing this for the first time in 21 years and there were uncertainties,” said Nick Wiley, executive director of the FWC.

According to the Orlando Sentinel, residents opposed to killing the bears protested regularly before and during the hunt. A Sunday vigil consisting of 30 peaceful protestors was awaiting hunters near a tag station at the Rock Springs Run Wildlife Management Area. “The real raw fact of the matter of losing these bears is devastating to many of us in the community,” said Emily Ruff of the Florida School of Holistic Living and a participant in the vigil. “Our primary concern is to honor and pay respects to the wildlife that’s been lost in this hunt…I feel that in large part the public feels betrayed by the state for allowing this to take place.”

Not all protests were peaceful-minded, though, but most threats were kept to cyberspace. Newton Cook, executive director of the duck-hunting group United Waterfowlers and a participant in the beat hunt, was one of those cyber-threatened. “I got emails saying ‘you killer,’ and ‘I hope you die’ and ‘murderer,’,” said Cook. Though he did not tag a bear, Cook believes the hunt should be recognized for its merit. “As far as the hunters were concerned, it was a tremendous success, and they were glad for the opportunity,” he said. “This has proven there are plenty of bears, and the FWC has the resources to control the hunt. The FWC had a plan and a program that worked, and when the number they set as a target was about to be reached, they shut it down.”

Julie Wraithmell, director of wildlife conservation for Audubon Florida, understands both sides of the story. “One narrative is that bears are rebounding—maybe we have too many bears and that’s why there are too many problems with bears causing property damage and attacking several people,” she said. “The other narrative is that we’ve developed more into bear country. They say bears are in our backyard, but they’re actually in the bears’ backyard. On top of that, we’re putting out food that’s drawing them in.”

The Sun Sentinel reports that the FWC has already planned a second bear hunt for next year.