Answering to charges stemming from what was likely the first poaching-related arrest in New York City, a Staten Island man... 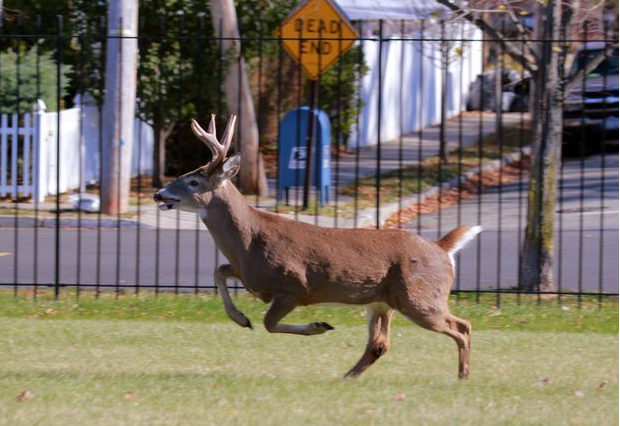 Answering to charges stemming from what was likely the first poaching-related arrest in New York City, a Staten Island man is scheduled to appear in court today after authorities busted him last November in a neighborhood park. He was dressed in camo, carrying archery gear, and distributing bait to attract deer.

A story from silive.com says that since deer populations in some New York City boroughs have ballooned in recent years, residents have also seen a rise in the number of poached deer—animals missing heads or antlers and then left to rot. It seems most poachers use archery gear to avoid detection, but in one situation, a man near the Church of St. Andrew in Richmond used a shotgun to dispatch two deer.

To help combat the escalating problem, the state Department of Environmental Conservation assigned three officers to find poachers. Over the course of 12 months, using tools like night-vision goggles and thermal imaging cameras and following leads and tips from neighborhood residents, the officers were able to focus their searches.

On November 11th, they caught David G. Oakes of Mariners Harbor dressed in camouflage and carrying archery gear, setting up cans and bait piles around a neighborhood park to lure deer closer. Officers confronted and arrested Oakes, who admitted he didn’t even have a hunting license and that it wasn’t the first time he’d done such a thing.

“I was hunting today over bait, and took an 8-point last year from a bait pile in this spot,” Oakes told officers.

Because Oakes cooperated with the investigation, officers issued him a court summons. Oakes faces multiple, misdemeanor-level hunting and wildlife offenses punishable by up to a year in jail.

The three officers that arrested Oakes, Edward Piwko, Jaason Hilliard and Anthony Rigoli, were recently featured in an issue of International Game Warden magazine for their efforts to curb poaching on Staten Island, but they gave credit to the community for helping them make arrests.

“Sportsmen, hunters and fishermen, they don’t like poachers, they hate them. Because they bring a bad name to their sport,” one of the officer’s sources said. “They’re breaking all the rules. They’re committing all sorts of safety atrocities to do this. When you’re poaching behind a playground, you’re not really taking public safety into consideration.”