Illinois Department of Natural Resources (DNR) specialists were making a routine check for Asian carp last week, when they encountered... 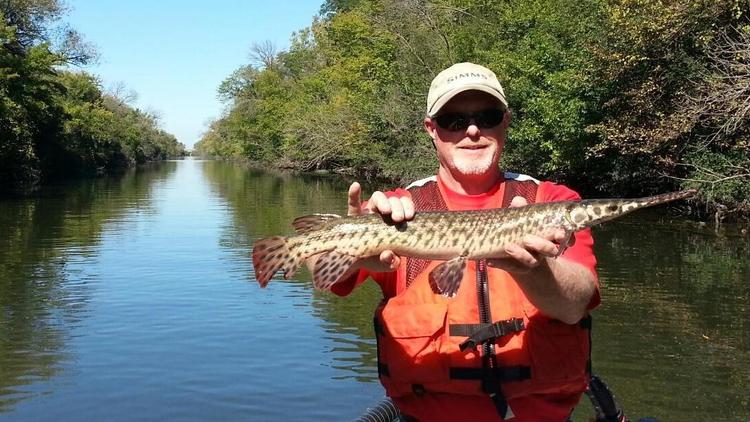 Illinois Department of Natural Resources (DNR) specialists were making a routine check for Asian carp last week, when they encountered a fish that has never been seen before in the Chicago area—a spotted gar. The stream biologists were pleasantly surprised because spotted gar are particular about clean water and healthy vegetation and say the finding is an indication that aquatic health is improving.

According to an article from the Chicago Tribune, the DNR team was electroshocking a portion of the North Shore Channel in Lincolnwood, which connects the North Branch of the Chicago River to Lake Michigan. They were happy not to find any invasive carp rising to the surface, and the fact that they were able to net a spotted gar was the icing on the cake, said DNR stream biologist Steve Pescitelli.

“We haven’t found any Asian carp there, but we monitor it just to make sure they’re not there,” Pescitelli added. “It seems like many of these urban rivers, they have been cleaning up, and we’re seeing species move in we haven’t seen before. That’s true of the Des Plaines River, as well.” In the Des Plaines, biologists have found a silver redhorse and a rosyface shiner—two fish that are “indicator species,” like the spotted gar, that prefer clean-water environments.

Pescitelli also said the gar either swam from Lake Michigan or reached the system by navigating locks downstream. The species has been documented south of Chicago and in Lake Michigan near the St. Joseph River. It was the only one of its kind found that day, but officials and local anglers hope to see more in the future. The DNR team snapped a few photos of fisheries biologist Frank Jakubicek holding the fish before releasing it.