Earlier this month, fisherman Dan Rose and his sister hooked a GoPro camera and head mount from a pier at... 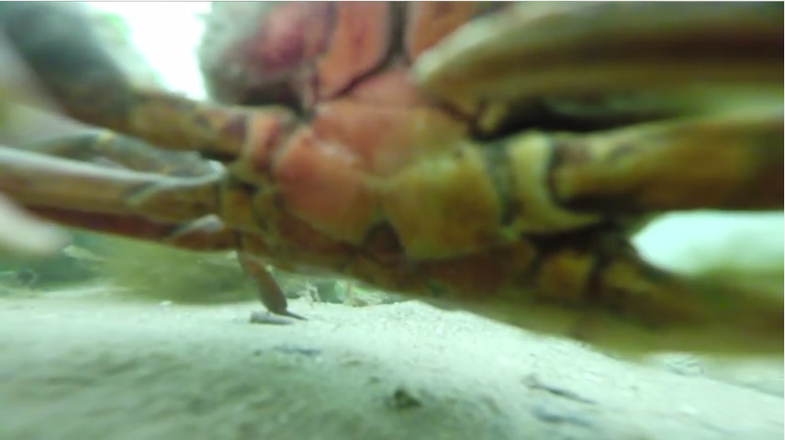 The lost camera kept recording for about half an hour underwater, capturing footage of a curious crab. Dan Rose
SHARE

Earlier this month, fisherman Dan Rose and his sister hooked a GoPro camera and head mount from a pier at a lake in Hamworthy, a suburb of Poole, on England’s southern coast. According to Newsmax, Rose took the camera home and tried to salvage it, but saltwater had seeped inside, ruining it. Fortunately, the SD card was undamaged, and Rose was able to rescue the video, which he determined had been made nearly a year earlier, on August 13, 2015. The video shows a woman in a wetsuit, then the camera plunges into the green water, where it lies on the bottom, still recording. After about half an hour, a curious crab appears onscreen.

Rose posted the clip on YouTube, hoping to find the camera’s owner, and the crab helped the video go viral. It received 2.5 million views, including one from its owner, Josh White, from Raunds, England, who lost the GoPro after doing a backflip into the water with the camera strapped to his head. “I’m meeting Dan next month to get the footage back and to say thank you,” White wrote. “It was down there for about a year so I was very lucky.”

*Note: sources list the person who found the camera as both Francis Darracott and Dan Rose. The video comes from Rose’s channel, however, and credits his sister Madeline with hooking the camera.