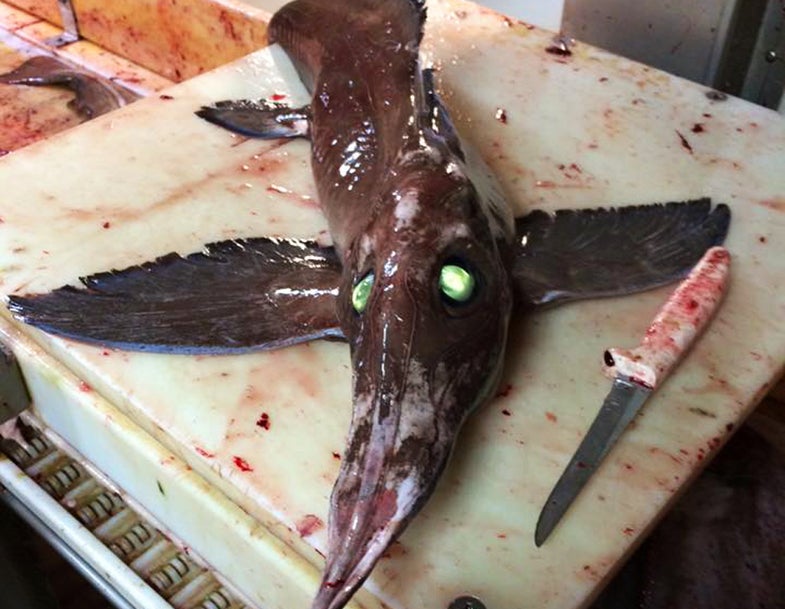 A commercial fishing boat southeast of Newfoundland was on a 42-day trip in 2016 when a winged fish with marbled, green eyes was found among a pile of cod and redfish hauled aboard.

CBC News reports that the rare, freaky find brought the crew to a curious halt. “Even the older guys who are 50, 60 years old, they’ve seen maybe one in their lifetime, so they thought it was pretty neat, and I snapped a couple of pictures,” crew member Scott Tanner told the CBC. “There’s lots of other weird stuff that comes out [of the ocean], but that one definitely stood out.”

Based on the photos, the creature was likely a chimera, which have beak-like snouts and winged fins. Despite their ghoulish appearances, though, the fish are harmless.

Chimeras prefer the ocean’s deepest depths, so, unfortunately, the creepy catch didn’t survive the netted lift out of the ocean.