A Florida woman has entered the state’s fishing record book and may eventually also see her name among the International... 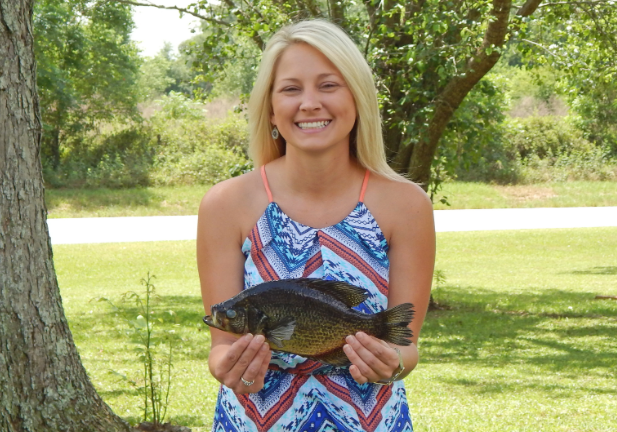 A Florida woman has entered the state’s fishing record book and may eventually also see her name among the International Game Fish Association’s (IGFA) world records after catching a 1-pound, 5.6-ounce flier bream from a secret pond she was fishing with her 15-year old son and his friend.

Twila Gates told the Jackson County Floridan she had just reeled in and was preparing to recast, but instead placed the rod across here legs to reach for her phone. A white-grub beetle-spin lure attached to the end of her line was barely dangling in the water when the flier bream grabbed it. Gates said she reacted just fast enough so the fish didn’t take her rod, reel and line into the water.

A Florida Fish and Wildlife Conservation Commission biologist confirmed Gates’ fish broke the old state record, which has stood for over a dozen years, by just a few ounces. The fish is also big enough to beat the current 1-pound, 4-ounce world record, pending approval from the IGFA. Still, Gates says her greatest source of joy from the experience was watching her son and his friend react.

“I’ve gotten more pleasure out of watching those two boys get so excited about it,” she said. “They’ve been floating on Cloud 9. I get happier about that than anything else. I give them all the credit for taking me fishing that day.”