A former Colorado Department of Natural Resources executive director is in trouble for the exact thing he should have been... 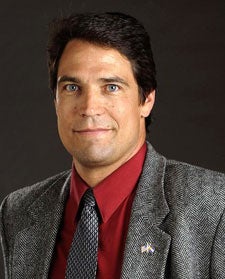 A former Colorado Department of Natural Resources executive director is in trouble for the exact thing he should have been enforcing: On July 6, Mike King plead guilty to trespassing while hunting.

According to CBS Denver, in 2013, landowner Carl Luppens watched as King crossed his property on an ATV and pushed 50 elk into a neighboring lot. “He went into our line of fire,” Luppens said. “Hunting needs integrity and ethics, or else it kind of falls apart.”

King—credited with establishing Colorado Parks and Wildlife, a consolidation of two previously stand-alone departments—was written a ticket, but in 2014, the case was dismissed as a neighborly dispute. “I was inadvertently on property that was not owned by the ranch that I had permission to hunt,” King told CBS Denver at the time. There has been talk of bad blood between the neighboring families.

Luppens said that he’s spent thousands on appeals since then, and almost three years after the incident, Luppens has received the verdict he wanted. “We’re pleased he didn’t get away with it,” Luppens said. “He pleaded guilty to something, and I guess maybe we set a little bit of an example that you can’t run over everybody all the time.”

King’s fine is less than $300, according to Steamboat Pilot. In 2015, another hunter charged with trespassing was fined $11,653.50 plus community service.

This year, King left the Colorado DNR for a job with the Denver Water Department.