On Friday evening, a 4-year-old girl was seized by a mountain lion at Idaho’s Green Canyon Hot Springs, near Yellowstone.... 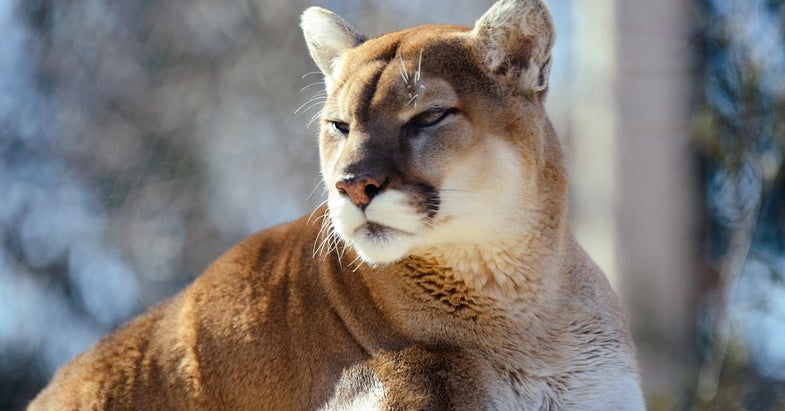 On Friday evening, a 4-year-old girl was seized by a mountain lion at Idaho’s Green Canyon Hot Springs, near Yellowstone. The girl, Kelsi Butt, was playing in a stream with her cousins when the mountain lion attacked. She let out a scream, and her cousins looked up to find her hanging from the jaws of the big cat. “[It] bit Kelsi and tried to pick her up and drag her a little bit,” Kelsi’s mother, Kera, told East Idaho News.

Earlier that night, as the family ate dinner, Kera had claimed that she spotted a cat in the distance. But the family wasn’t concerned and was, in fact, skeptical of what she’d seen, Alaska Dispatch News reports.

When Kelsi was taken by the cat, Kera and the rest of the family heard her screams and went after the animal. “The family began yelling at the cougar,” said Greg Losinski, a conservationist with the Idaho Fish and Game Department, “and it dropped the girl and fled.”

Mountain lion attacks are rare; in a study conducted between 1950 and 2009, researchers documented 141 victims and 15 deaths in the U.S., Alaska Dispatch News reports. Moreover, attacks on children are fatal only about one in four times. Evidence supports using rocks or sticks to fend off a cat, but bending over to pick up a weapon is ill-advised, since this can expose the back of the neck, a vulnerable attractor.

Fortunately, Kelsi did not suffer major injuries from the run-in. “She is doing fine,” Jim Sevy, a relative, told East Idaho News. “Her great-grandpa gave her a priesthood blessing and told her she will have stories to tell.”