The new face of hunting; that’s how FOX Business described Eva Shockey in a recent segment on the influx of... 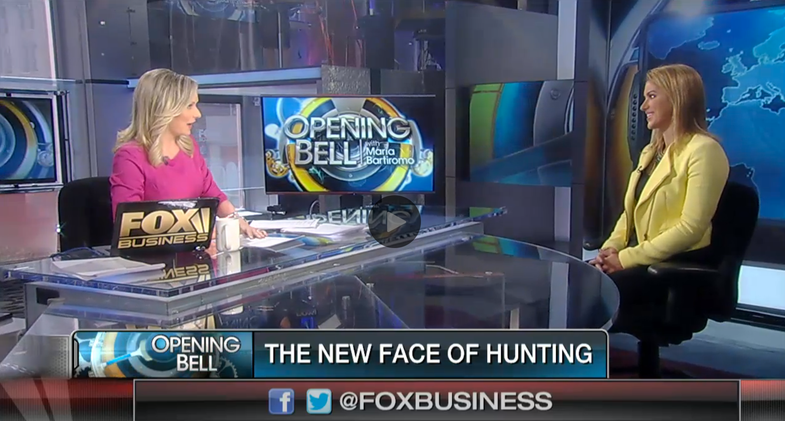 The new face of hunting; that’s how FOX Business described Eva Shockey in a recent segment on the influx of women challenging the traditional view of hunting as a male-only sport.

While Eva has already been in the hunting limelight for years thanks to the popularity of her father, outdoor television personality Jim Shockey, she’s been playing out a larger role as a spokesperson for women in the field over the last year, partly thanks to her cover story in the May 2014 issue of Field & Stream.

“A lot of people that don’t like hunting don’t understand that we’re the biggest conservationists in the world—we raise money with tags and licenses and all that money goes towards wildlife and habitat management,” Eva says. “I think more women are getting involved because it’s organic, wild game. You don’t have to go get the pesticide, hormone beef from the supermarket. You know where it’s coming from.”

Eva goes on to say that the progression of women into the sport simply fits with the rise of women in other pursuits, and it’s grabbing the attention of manufacturers that traditionally targeted men—like pickup truck companies.

“Ram trucks, for example—I just did a commercial with them,” she says. “They got women like Miranda Lambert and myself that do things ‘out of the norm,’ and women accept it. We can drive trucks and we can be girls.”

Still, when it’s all said and done, Eva says while she’s thrilled at the number of females hosting their own outdoor shows and outdoor-themed social media platforms, she hopes those coming into the sport don’t lose sight of the fact the sport is about more than filling a tag.

“It’s about family, for me. You go out with your dad or with your grandpas, or with your brother or with your sister, and you unplug, which not a lot of us get to do anymore, myself included,” she says.