Frigid temperatures, snow and ice storms have created an unlikely coyote highway across the Boston Harbor. Crew members aboard a... 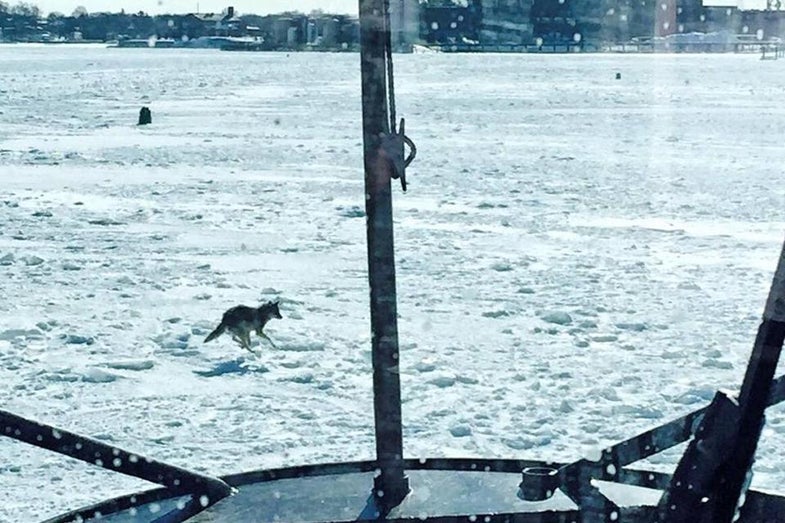 Frigid temperatures, snow and ice storms have created an unlikely coyote highway across the Boston Harbor. Crew members aboard a US Coast Guard cutter spotted this coyote and managed to snap a photo of the animal in mid-stride as it jogged across the frozen harbor. They later shared the image on Facebook and Twitter.

“They were there on the boat, and the coyote was just out running on the ice,” Petty Officer Myeonghi Clegg, a spokeswoman for the Coast Guard in Boston, told The Boston Globe. According to Clegg, the coyote is not the only wildlife Coast Guard crews have encountered this month. Recently, crews encountered a deer that was stuck in the ice and managed to bring a 65-foot Coast Guard cutter close enough to break through some of the ice to help it escape. The deer was able to free itself and run back to shore.

Long expanses of frozen seawater are not common in the area and local mariners say this weather is unlike anything they have ever seen before. Coast Guard crews have been working in Hingham, Quincy, the Fore River area, and the Boston Harbor to keep shipping channels accessible during the deep freeze.