In Wyoming, the Bureau of Land Management is considering waiving seasonal restrictions on natural-gas drilling put in place to protect... 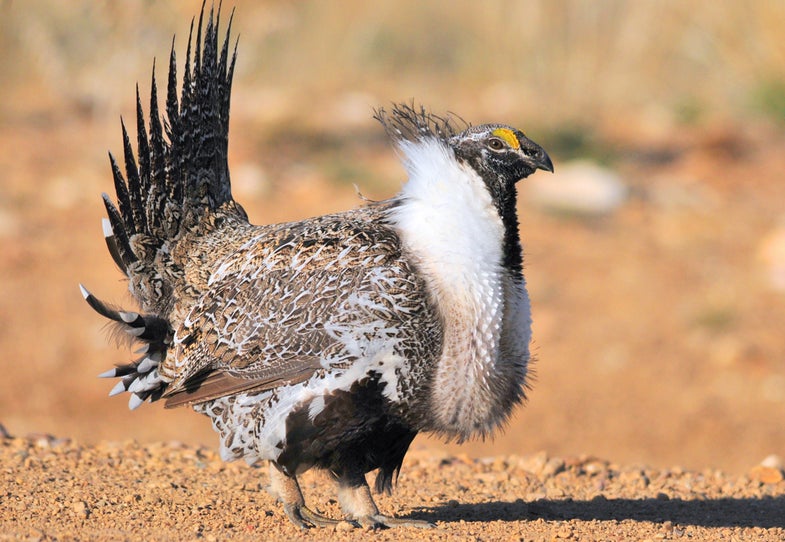 In Wyoming, the Bureau of Land Management is considering waiving seasonal restrictions on natural-gas drilling put in place to protect sage grouse and pronghorn in the Jonah Field, a remote area that contains a large natural-gas mine, in Sublette County.

According to the Jackson Hole News and Guide, gas companies would reduce the number of drilling pads from 221 to 24 in exchange for the exemption to drill year-round. The proposal, issued by drilling companies Jonah Energy and Linn Operating, is part of a 245-well plan that would be built over the next five years.

The breeding and nesting seasons for sage grouse, as well as winter migration routes for pronghorn, are linchpins in the proposal. Current regulations prevent drilling from March 1 to July 15 to protect the sage grouse, which are highly sensitive to noise, from any activity that might disturb them. Likewise, pronghorn are protected from disturbances from November 15 to April 30, when they make their winter migration.

An environmental analysis conducted by the BLM indicates that the reduction in drilling pads would decrease the area affected from 1,315 acres—the amount currently permitted during seasonal drill times—to 232 acres.

According to the Jackson Hole News and Guide, Jonah Energy regulatory director Paul Ulrich claims that the benefit of decreased drilling acreage outweighs the ramifications of year-round drilling. He also says that other seasonal restrictions would be left intact, however. “We’re only asking for relief from sage grouse and pronghorn,” Ulrich says. “Certainly the proposed action provides a significant benefit for those two species by the reduction of human activity and surface disturbance, both short term and long term.”

Linda Baker, the director of the Upper Green River Alliance, disagrees. “This is a dangerous precedent at a time when we’re seeing increased levels of sagebrush mortality in that region because of warming trends,” Baker says in the same article. She also references a previous waiver on seasonal restrictions in the Pinedale Anticline Project Area, another natural-gas field nearby, and suggests that the new waiver would simply lead to more drilling in the future.

The Sublette Examiner notes a 2010 report on mule deer in the Pinedale Anticline area that claims their numbers have dropped by as much as 36 percent since 2001. The report, compiled by Western Ecosystems Technology, noted that the decline could be attributed to a 2008 exemption that allowed drilling during winter, when mule deer typically migrate into the area. In 2009, the mule deer population plunged by 1,700, triggering mandatory mitigation to resolve the issue.

This, however, isn’t the most extreme attempt to mine the region’s natural gas, according to the Wyoming State Historical Society. In 1969, there were plans to use nuclear devices to crack the tough sandstone rock formations in the Pinedale Anticline, but these efforts were thwarted when a number of concerned citizens intervened.

The environment assessment of the current proposal is available for review here. The BLM is accepting public comments until February 22; comments should be emailed to blm_wy_jonahyrd@blm.gov with “Jonah YRD Project Area Comment” in the subject line.