Photograph courtesy of Surf City Gazette/Facebook Over the past few months, beachcombers along the North Carolina coast have been ignoring... 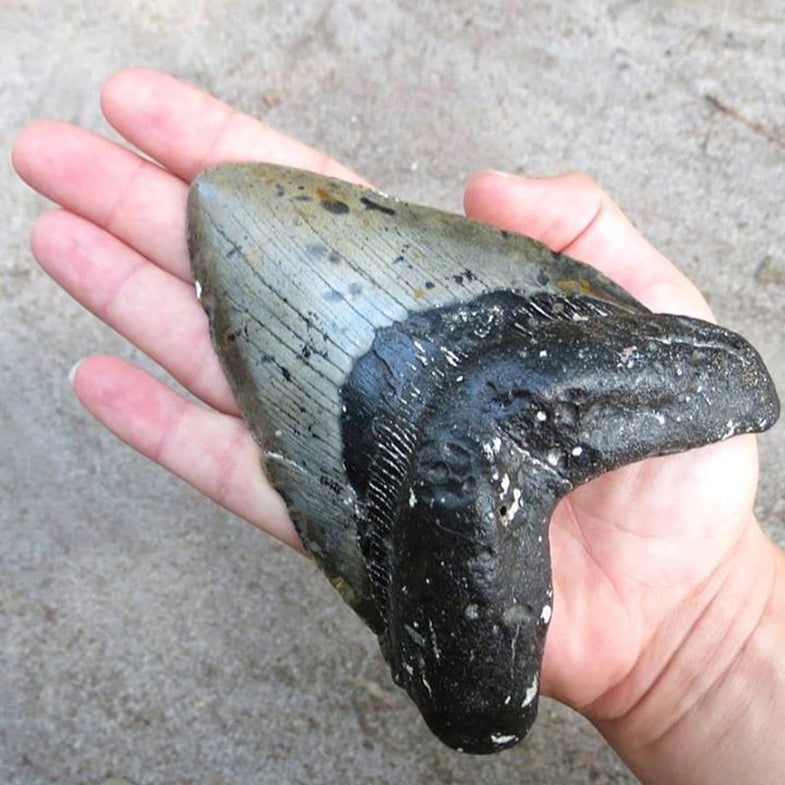 Over the past few months, beachcombers along the North Carolina coast have been ignoring the usual trinkets in the sand to instead focus their searches on teeth—giant, fossilized teeth.

AL.com reports that people have been finding huge, prehistoric incisors of megalodon sharks on a regular basis, and Conde Nast Traveler notes that several dozen have been found since the beginning of October alone. The North Carolina shoreline was already a popular place to find shark teeth, but recent storms have stirred the ocean floor and brought the teeth within the grip of the surf and tide, which eventually deposit them on the beaches.

Shark experts at the Aurora Fossil Museum say that when it comes to a megalodon tooth, each inch in length equates to 10 feet in length for the shark from which it came. So a 6-inch tooth once belonged to a 60-foot behemoth.

The Holly Ridge-Surf City Online Gazette has posted photos of various tooth discoveries, including a mass collection of teeth from different fish, all unearthed in the same month.