It’s ball on the hard court, but goliath on blue water for Denver Nuggets basketball player Wilson Chandler, who hooked... 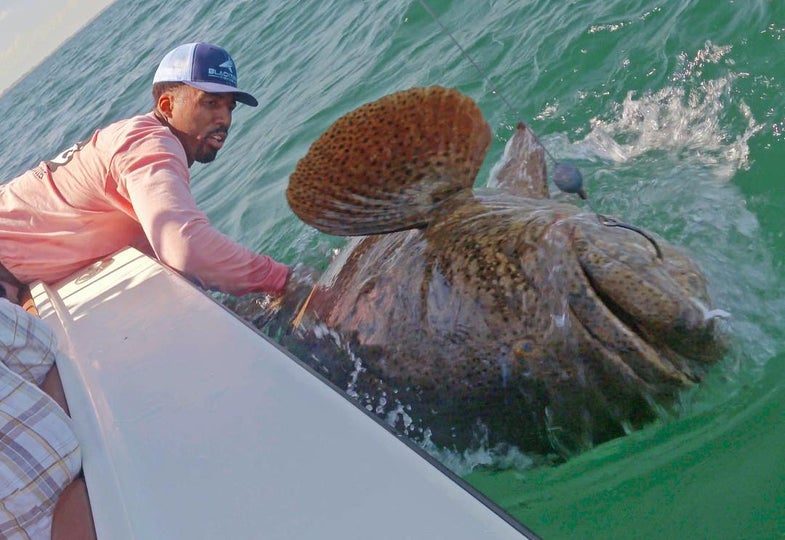 The Denver Nuggets basketball player caught this 350-pound grouper while shooting a segment for the online show, "BlacktipH.". BlacktipH
SHARE

It’s ball on the hard court, but goliath on blue water for Denver Nuggets basketball player Wilson Chandler, who hooked a giant Atlantic goliath grouper on a recent ocean excursion.

The Washington Post reports, the forward held fast for the 350-pound pull he nabbed while shooting a segment for the online big-game fishing show, “Blacktip H.”

The show tease reveals a nearly seven-foot Chandler getting tugged toward the water by fish worth eight feet of growth potential.

Goliath grouper, which can easily tickle a half-ton on the scale, are protected. Overharvest for hearty appetites that reported the fish as tasty back in the day shrunk the slow grower to levels that warranted critically endangered status in 1990.

As for Chandler, the mile-high city player, he has a fish tale that’s a mile long. It’s all true and it’s all caught on camera for an upcoming show.