Photo courtesy of USFWSmidwest/Flickr A grant from the Bureau of Indian Affairs will enable tribal fisheries managers to track the... 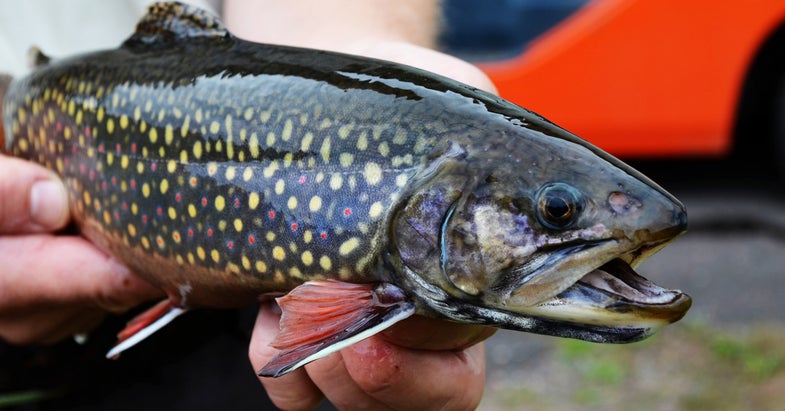 A grant from the Bureau of Indian Affairs will enable tribal fisheries managers to track the movements of coaster brook trout in Lake Superior. According to Chase Meirotto, manager of the Red Cliff Tribal Fish Hatchery, the $53,000 grant, part of the Great Lakes Restoration Initiative, will be used to radio tag between 150 and 200 8-to-10-inch coasters. Released into Buffalo Bay, on Wisconsin’s Bayfield Peninsula, the trout will be tracked by transponder buoys placed near stream mouths and at other strategic points along the Lake Superior shoreline. Tagged trout will transmit signals to the hatchery, where researchers will analyze the data to determine if they can discern any patterns in the fish’s movements.

“We’ve been releasing coasters at Red Cliff for 20 years,” notes Meirotto, “but we haven’t developed a very good picture of what happens to them once they go out into the lake. This ought to give us a better idea if they’re staying in Buffalo Bay or dispersing to other areas.”

The term “coasters” refers, specifically, to brook trout that migrate from their natal streams to Lake Superior. After growing to adult size and reaching sexual maturity in the big lake, they return to these tributaries to spawn. If they’re lucky, they’ll repeat the cycle several times—and they’ll keep growing. The 14½-pound world record brook trout, taken from Ontario’s Nipigon River in 1916, was a coaster.

Due to a variety of factors, including overharvest, degradation of spawning habitat, and competition from non-native species, coaster populations plummeted during the 20th century. The Red Cliff Band of Lake Superior Chippewa, along with the U.S. Fish and Wildlife Service, and other state, federal and provincial agencies and institutions, is heavily invested in the effort to restore the coaster to its rightful place—recreationally, ecologically, and, for the Red Cliff Band, in particular, culturally.